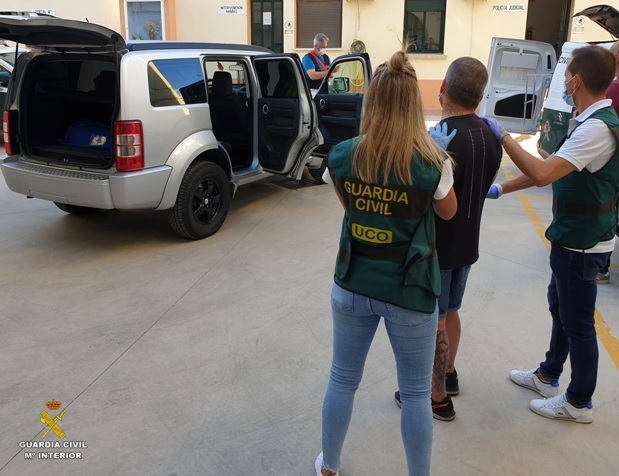 The leader was arrested in Valencia

GUARDIA CIVIL busted a gang specialising in kidnappings and located the industrial warehouse used to hold their victims on the outskirts of Valencia.

In an operation codenamed Taynik, the two leaders of the gang, aged 38 and 51, were arrested and a third person also came under investigation.
They are charged with kidnapping a resident of Gijon who was taken at gunpoint from his workplace in March, stuffed into the boot of a previously stolen car and held for five days in the warehouse, while they demanded a €5 million ransom for his release from his family.
The victim was released by the kidnappers in Albacete after they felt the police were closing in on them.
Once he was safe, the Guardia Civil began to focus on identifying the perpetrators of their crime and the location at which he was held.
The location of the leader of the group was complex, due to the security measures he used and the fact he always used false documents. When arrested in August in Valencia, he identified himself with another name, but it was confirmed that he was the wanted man. His accomplice was arrested in Madrid.
Guardia Civil seized forged license plates, zip ties, anti-odour sprays, balaclavas, handcuffs, duct tape and clothing, all revealing that they planned to continue committing kidnappings.
A high-end vehicle was also seized, as well as documents, special cleaning tools, a pulley system for lifting heavy objects and numerous carafes containing 250 litres of sulphuric acid which is a corrosive substance which can be used to get rid of bodies.
Both men have extensive criminal records and have been remanded in prison without bail.