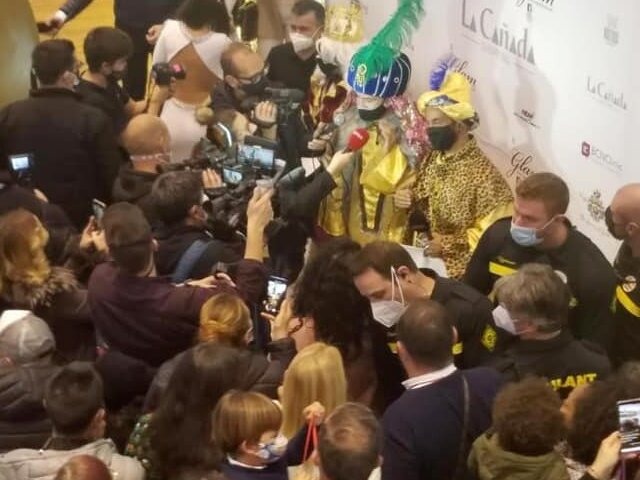 THE management of La Cañada shopping centre in Marbella thought that it would be a good idea to hold a special event with popular musicians dressed as the Three Kings on January 2.
Unsurprisingly it attracted large crowds and to make things worse, the area where the Kings were appearing only had minimum security making sure that those who wanted to see what was going on were pressed closely together with no chance of social distancing.
Local Police arrived and the event was cancelled but the question that remains is who was responsible for this dangerous debacle and whether any action against the organisers will be taken.
Soon after the event was cancelled, a press release from La Cañada appeared on their Facebook page in which it was explained that this was to have been a closed event which was to be filmed and that members of the public had been advised in advance publicity that none would be permitted to enter.
It inferred that it was the prompt actions of La Cañada staff who realized the danger, that the event was terminated and the Local Police and authorities were thanked for their assistance in resolving the situation.


Social Media and even Spanish TV have been highly critical of the way in which this matter was handled with the risk of spreading Covid-19 and the press release no longer appears on the La Cañada Facebook page.
Thank you for taking the time to read this news article “Aftermath of the lack of social distancing at La Cañada Three Kings event”.