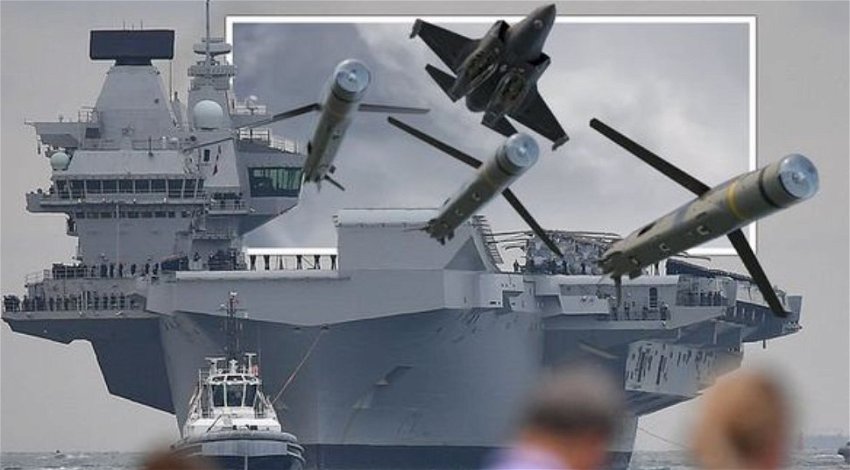 A £550m investment will be made by the Ministry of Defence in the British Armed Forces, in the shape of a next-generation surface-attack missile system designed and built by MBDA, known as SPEAR3, which according to the MOD, has the capability to overpower any enemy air-defence systems, while also creating 700 UK jobs, as reported by Express.co.uk.

At 1.8 metres long, with a range of more than 140km, with missiles that can travel at subsonic speed over long distances, over sea or land, powered by a turbojet engine, at day or night, it will eventually become the Royal Navy’s primary air-to-ground weapon of choice.

SPEAR3 will form a part of The Carrier Strike Group (CSG), which will be led by the brand new 72,000 ton, 932 feet long aircraft carrier, HMS Queen Elizabeth, and comprising of £6billion worth of the Navy’s best and largest ever ships in history, with a Whitehall official stating that this new investment ensures the UK is “ready for any war or conflict”.

Jeremy Quinn, the Defence Procurement Minister said, “The development of this next-generation missile will allow us to protect our personnel and assets on the ground, from thousands of metres in the sky above.
Our commitment to this system will secure hundreds of highly skilled jobs across the UK and showcase British technology and weapon expertise on the world stage”.

Mr Quinn added, “This is a hugely significant milestone for HMS Queen Elizabeth, the Royal Navy and the whole country. This achievement is a testament to the determination of our service personnel and industry workforce who have delivered this first-rate military capability, a capability held by only a handful of nations”.