Acid attacker had been harassing his victim since their break-up 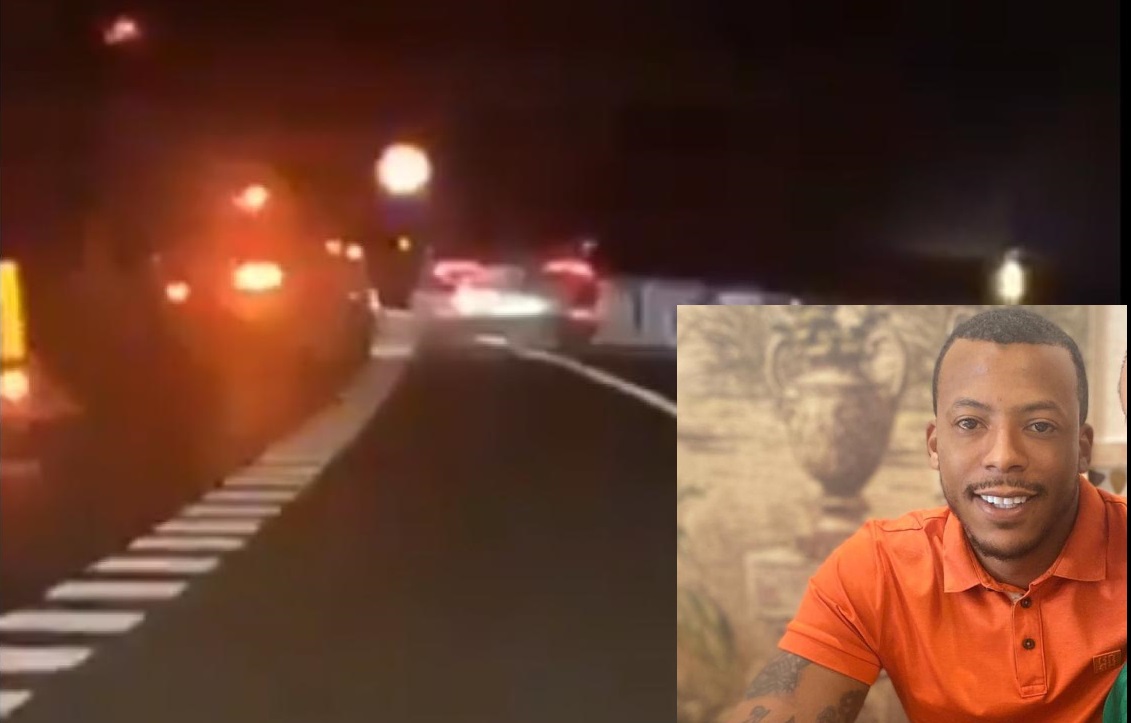 He abandoned the vehicle at an exit and fled on foot

A HIGH-SPEED chase to catch Jose Arcadio D.N., 26, suspected of attacking his ex-girlfriend and another woman with acid in Cartama, ended with him abandoning his vehicle at an exit from the motorway in Las Lagunas, Mijas Costa.

The chase took place in the early hours of January 14, and despite the participation of at least 17 vehicles from the National Police, Guardia Civil and Local Police forces from Torremolinos, Benalmadena and Mijas, as well as a helicopter, the suspect eventually got away, having abandoned his dark grey Volkswagen Golf near the Muslim cemetery.
At around midnight, the suspect, who is originally from Melilla and has an extensive criminal record, was caught by a speed trap on the A-45 Las Pedrizas motorway in Casabermeja.
A chase began during which the motorway was closed to traffic and the suspect reached speeds of up to 200km/h. The police were unable to catch up with him and when they attempted to block his way, he drove at them and one officer had to shoot at him to avoid being run over.
However, at one point, smoke began to billow from his vehicle which he abandoned on an exit from the motorway and fled on foot. He is thought to have gone to the home of a relative in the town. He also has a sister in Cadiz and relatives living in Germany. His car was taken to the local impound and examined by the police.
His attack has left his ex-girlfriend in a critical condition in hospital with severe burns to more than 60 per cent of her body.
It occurred at around 2pm on Tuesday, January 12, in Cartama when she was visiting her best friend. They were in a Mini together when he pulled his car up alongside them, got out and demanded that his ex-girlfriend, Sandra, open the window. When she did, he threw sulphuric acid, of 98 per cent purity, at the two of them. They jumped out of the car, dropping to the floor in agony and tearing off their clothes while the out-of-control Mini crashed into a lamppost.
Witnesses immediately called the emergency services as Jose Arcadio Dieng Nafoir, also known as Hamin or by his nickname, El Melillero, fled the scene in a grey Volkswagen Golf. Before the ambulance took her away, Sandra was able to tell police his name.
Sandra is currently in very serious condition at the Virgen del Rocio Hospital in Sevilla, where she was airlifted by helicopter to the Burn Victims Unit. She remains in the ICU with severe burns to around 50 per cent of her body. Her injuries are so bad that according to sources close to the investigation, she has lost an eye and an ear and part of her cheek bone is visible where the skin has been burned away. The acid has also entered her blood stream. Prior to the attack she was close to finishing her studies as a pre-school teacher.
Her friend Cristina was taken to Carlos Haya Malaga Regional Hospital with burns to 25 per cent of her body. She may require skin grafts.
Despite priors for manslaughter, abuse, threatening behaviour, robbery, causing bodily harm, assaulting an officer of the law, car theft and crimes against road safety for driving without a license, their attacker was still free and had been on the run from the law, at one point he had been hiding in Morocco. Another woman, the mother of his child, had a restraining order against him due to an attack in Marbella.
According to the mayor of Casabermeja, where the woman came from, they had split up about a month before the attack. He told Spanish TV programme Espejo Publico, that her family had not met him and that he was a jealous man, who forced the woman to delete her Instagram account, which she accepted, saying that he was “very nice”. In mid-December she went to hospital with a cut to her hand which at the time she claimed was a dog bite. The truth was that it had been caused when she grabbed a knife to protect herself from her boyfriend.
She put an end to their eight-month relationship, but he continued to harass and threaten her.
They had met in Marbella, where he is well-known in the most fashionable bars and discos, where he got in free and boasted about his money. He said that he didn’t care if the police came after him because he had enough money to buy himself out of any situation.
She told her friend that she had wanted to leave him sooner, but his threats against her, her family and friends, stopped her from doing so. She went back to live with her mother and sister in Casabermeja, following months of moving around while her partner was on the run from the law. He caused her to lose contact with her friends and family. Despite changing her number, Sandra believed that somehow he could still access her WhatsApp messages, which is how he may have known she was spending a few days in Cartama with her friend, who did not like him.
The towns of Casabermeja and Cartama have both held gatherings to condemn the attack.

Thank you for taking the time to read this news article “Acid attacker had been harassing his victim since their break-up”. For more UK daily news, Spanish daily news and Global news stories, visit the Euro Weekly News home page.