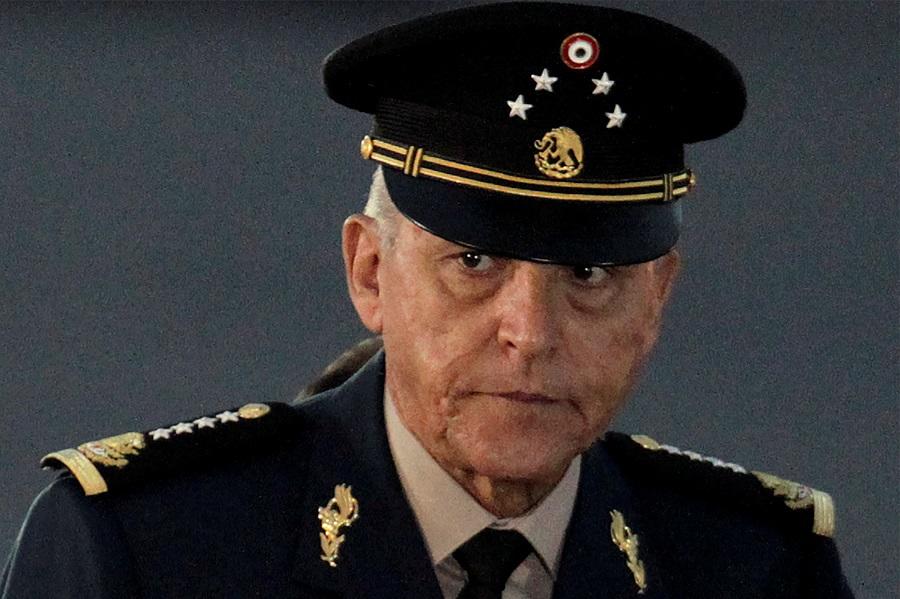 General Salvador Cienfuegos was accused by the US of working with the H-2 cartel under the alias "El Padrino" (the Godfather) - Image Source: Twitter

MANY MEXICANS have expressed their outrage after the country’s former Defense Minister was cleared of working alongside narco cartels.

In October, General Salvador Cienfuegos was arrested by US authorities in a Los Angeles airport who accused the former defense minister of working alongside a multi-million dollar narco-trafficking conspiracy. The US alleged that the general worked for the powerful H-2 cartel under the nickname “El Padrino” (the Godfather).

A mysterious backroom deal saw Cienfuegos returned to Mexico in November, where he has now been absolved of all charges. Many members of the Mexican public have expressed their outrage at the move, claiming that a culture of state corruption has led high-profile figures to become untouchable in the crime-ravaged country.

Mexico’s President Andres Manuel Lopez Obrador accused the US of “fabricating” the “invented crimes” of Cienfuegos. The nationalist politician enjoys huge support from Mexico’s powerful military, which Cienfuegos led as defense minister between 2012 and 2018.

Some commentators are worried that the move to absolve Obrador could have been the result of military pressure on the government, which depends on armed forces to maintain control of the country.

Falko Ernst, a senior Mexico analyst for the Crisis Group thinktank, tweeted: “Holding the upper echelons of state power accountable is a necessary condition for breaking Mexico’s perpetual lethal conflict. Today cements a leap away from this.”

Mike Vigil, the DEA’s former chief of international operations, warned the Associated Press the decision to absolve Cienfuegos “could be the straw that broke the camel’s back as far as US-Mexico cooperation in counter-drug activities”.

Mexico is a world centre for global drug trafficking, with ruthless cartels wielding vast power over all aspects of the country’s government and population.