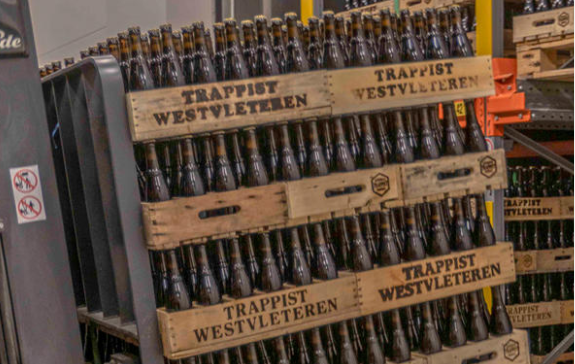 FOR years, beers brewed by Trappist Monks of the Benedictine order have been considered some of the best in the world, but sales have been hit by the pandemic.

The monks of the Sint-Sixtus abbey in Westvleteren in Belgium are to start delivering their beer although it is rationed to a crate of 24 bottles for any one order.

It is only 18 months ago that they went online but still required customers to register, place an order and collect their beer by car at appointed times having first confirmed their car registration number.

Then because of the lockdown, the monks, who have the motto ‘brew to live, not live to brew’ had to suspend sales for several months.

Now they are back brewing sufficient to cover the needs of the monastery and are also allowing collection again on the same terms although those who come to the monastery grounds, will be allowed 48 bottles.

There are just 14 monasteries allowed to brew and sell Trappist beers six in Belgium, two in the Netherlands and one each in Austria, Italy, the UK, France, Spain and the United States.

Although not as well-known as the Chimay monastery which brews beer and sells cheese the Trappist Westvleteren brew has achieved an aura of quality around its three different styles of beer, one blond and two dark.

With relatively small production, the monks will only sell their beer to private individuals in order to ensure that as many as possible can enjoy their product at reasonable prices.

Thank you for taking the time to read this news article “Trappist beer available online in small quantities”.