Male mantises evolve to avoid being eaten after mating 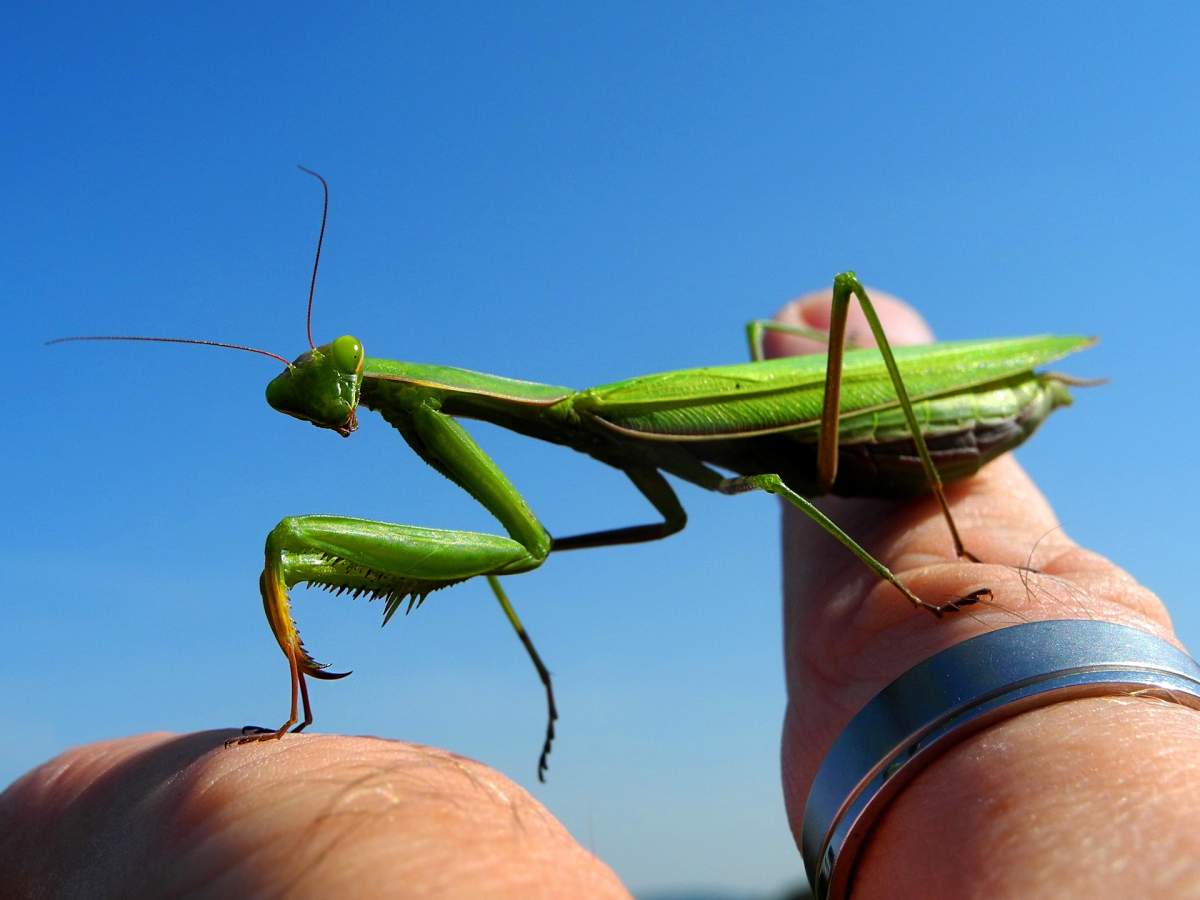 The male mantis has to fight to survive

IT is a well-known curious fact that female praying mantises eat the males following mating.

So well-known, it seems, that male mantises have evolved to avoid having their heads ripped off after copulating.

According to Science Alert, scientists from the University of Auckland have studied the behaviour of springbok praying mantises, one of the 2,000 existing species in the world, and report that following 60 per cent of copulations, the males end up decapitated and eaten.

However, this species has developed a strategy to try to avoid being eaten.

“Under threat of cannibal attack, males attempt to subdue females by immobilizing them in violent fighting” said Nathan Burke, one of the authors of the research.

Males who win the fight, which lasts an average of 13 seconds, are much more likely to succeed in consummating the relationship, “which suggests that the fight is both a mating tactic and a survival tactic,” he added, pointing out that nothing like this had ever been seen in mantises before.

After experimenting with 52 pairs of mantises, the team discovered that if the male was faster and grabbed the female with his serrated front legs, he had a 78 per cent chance of escaping unscathed.

Also, if in addition, the male inflicted a serious but non-fatal injury to the female’s abdomen, it did not get decapitated.

On the other hand, if it was the female who managed to grab the male first, he would always end up devoured.

The fights were won by the male more than half the time. However, only two thirds of the winning males then mated with the female, and only half of the time did they injured the female’s stomach.

Sexual cannibalism is a way for offspring to obtain the nutrients they need to grow.

Another curious fact about female springbok mantises, native to southern Africa but now present in New Zealand, Europe and California, probably due to the pet trade, is that they can reproduce asexually or without males but producing clones of themselves.

This is what led Burke to look into the mating tactics in this species, which revealed that they have developed measures to help them mate and remain necessary to the species.