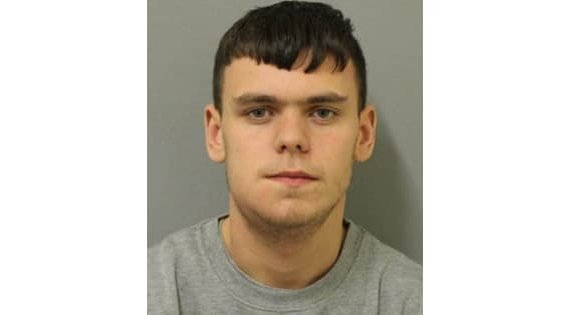 MAN gets life for murdering a woman while she slept on the stairs of a church in east London.

Kieran Rifat, 22, viciously attacked 41-year-old Kelly Stewart, who had been sheltering on the steps outside Memorial Community Church on Barking Road.

The Old Bailey heard how Rifat, of no fixed abode, initially spotted Kelly in the early hours of March 26 last year as she slept.

He then approached her at around 1am and, without any provocation, beat her and stamped on her.

He then hid her body in a side alley.

It was only when a member of the public visited the church the following afternoon and saw blood stains that they raised the alarm and called police.

A murder investigation was launched and a post-mortem found that Kelly had died from multiple head and facial injuries.

Due to national lockdown and reduced footfall in the area there were no witnesses and, by the time Kelly was discovered, several hours had passed.

No one was identified as having a motive to hurt Kelly, which meant that there were no immediate suspects.

Members of the Met’s MIT8 team, of the Specialist Crime North command, undertook an intensive CCTV trawl but much of the footage was of poor quality.

One officer spotted someone at the scene wearing a distinctive striped hooded top and they were able to track the suspect’s movements throughout the area which showed him going to and from the church.

Although he was known to Kelly via a homeless community outreach centre, there was no known history between the pair to suggest Rifat had motive or cause to attack her.

He was arrested on April 1, 2020, and bloodied clothes were found at an address in Barking he was staying at.

Rifat pleaded guilty to murder on December 23, 2020, at the Old Bailey, and was sentenced today, Thursday, February 4.

He will have to serve a minimum of 17 years and 88 days, owing to his time already spent in custody, before he can be considered for release.

Thank you for taking the time to read this news article “Man gets life for murdering woman while she slept on stairs of church”. For more UK daily news, Spanish daily news and Global news stories, visit the Euro Weekly News home page.