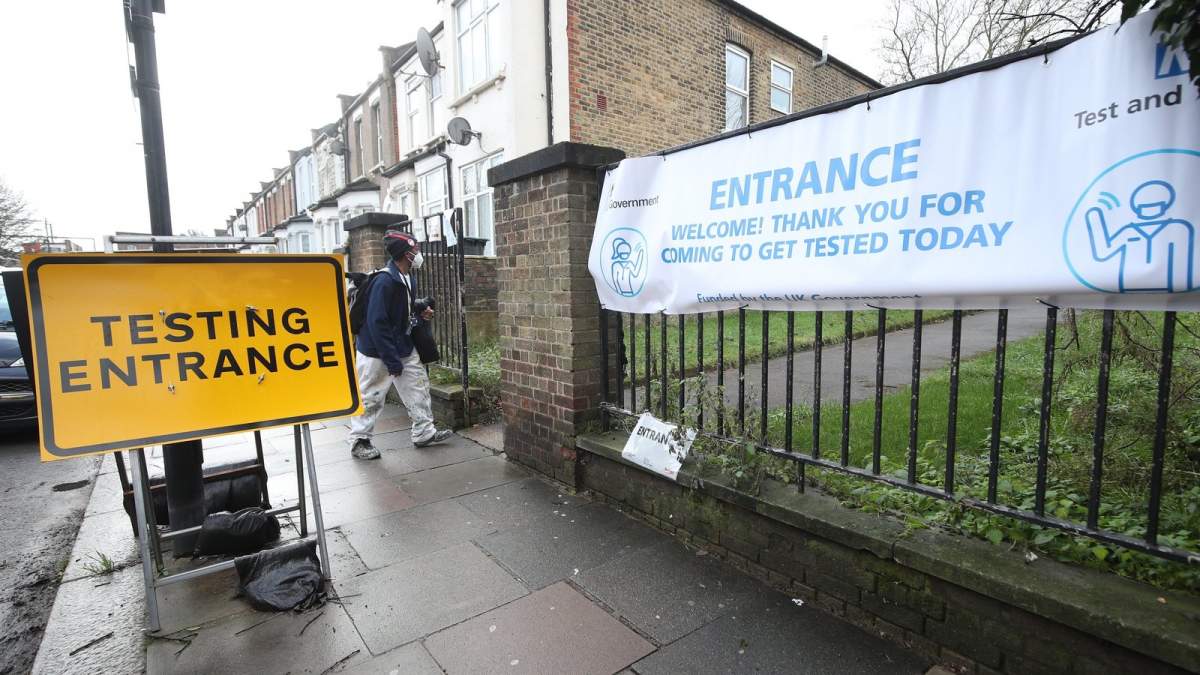 A new coronavirus mutation that was first identified in Bristol has been designated a “Variant of Concern” by the New and Emerging Respiratory Virus Threats Advisory Group (NERVTAG). Another variant first seen in Liverpool has also been named as a variant “under investigation”.

Public Health England has now identified 76 cases of the new variants and says “with a high degree of confidence” that vaccines will work against them. Surge testing is being rolled out in areas where the new variants have been identified in an effort to keep any further outbreaks under control.

The areas with this enhanced testing include Worcestershire (WR3), an area in Sefton (PR9), and areas in Bristol, South Gloucestershire and Manchester. It comes as thousands in the Moss side area of Manchester will be tested for coronavirus after a mutation of the more transmissible Kent variant was detected there.

Some 10,000 extra tests will be now rolled out in the region from Tuesday, Feb. 16 after four people from two unconnected households were found to be infected with the E484K mutation, which is linked to the Kent strain, Manchester City Council said.

This follows similar surges in testing in Worcestershire, Sefton, Merseyside, and areas in Bristol and South Gloucestershire after variants were found. Extra testing sites will also be set up to enable anyone aged over 16 who lives, works or studies in the affected areas – which includes postcodes in Hulme, Moss Side, Whalley Range and Fallowfield.

Coronavirus variants and mutations- anything to worry about?

The rapid spread of coronavirus variants has put the world on alert and triggered a new lockdown in the UK. What are these variants and why are they causing concern?

All viruses naturally mutate over time, and Sars-CoV-2 is no exception. Since the virus was first identified a year ago, thousands of mutations have arisen. The vast majority of mutations are “passengers” and will have little impact, says Dr Lucy van Dorp, an expert in the evolution of pathogens at University College London.

“They don’t change the behaviour of the virus, they are just carried along.”But every once in a while, a virus strikes lucky by mutating in a way that helps it survive and reproduce. Viruses carrying these mutations can then increase in frequency due to natural selection, given the right epidemiological settings,” Dr van Dorp says.

This is what seems to be happening with the variant that has spread across the UK, known as 202012/01, and a similar, but different variant, recently identified in South Africa (501.V2).

There is no evidence so far that either causes more severe disease, but the worry is that health systems will be overwhelmed by a rapid rise in cases. In a rapid risk assessment of these “variants of concern”, the European Centre for Disease Prevention and Control said they place increased pressure on health systems.

“Although there is no information that infections with these strains are more severe, due to increased transmissibility, the impact of Covid-19 disease in terms of hospitalisations and deaths is assessed as high, particularly for those in older age groups or with co-morbidities,” the EU agency said.

The variants have different origins but share a mutation in a gene that encodes the spike protein, which the virus uses to latch on to and enter human cells. Scientists think this could be why they appear more infectious.

“The UK and South African virus variants have changes in the spike gene consistent with the possibility that they are more infectious,” says Prof Lawrence Young at the University of Warwick.

But as Dr Jeff Barrett, director of the Covid-19 genomics initiative at the Wellcome Sanger Institute in Hinxton, UK, points out, it’s the combination of what the virus is doing and what we’re doing that determines how fast it spreads.

“With the new variant, the situation changes more quickly as restrictions are relaxed and tightened, and there is less room for error in controlling the spread,” he says.

“We don’t have any evidence, however, that the new variant can fundamentally evade masks, social distancing, or the other interventions – we just need to apply them more strictly.”