Valencian Restrictions ‘Will Be Lifted When Possible’ 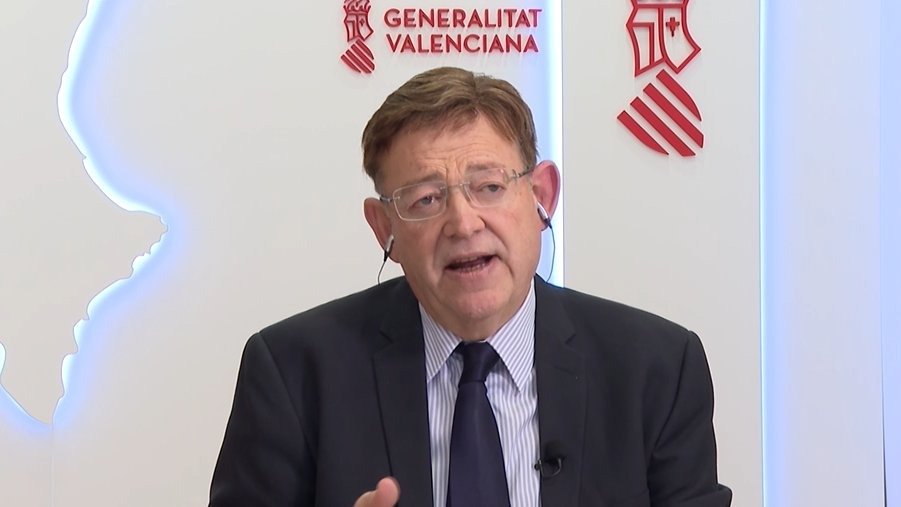 Ximo Puig Announces Curfew Will Not Be Extended In Valencia. CREDIT: @generalitat/ Twitter

VALENCIAN restrictions ‘will be lifted when possible’ according to the regional government
While the Valencian Community is collectively holding its breath to find out if the current restrictions will be extended beyond February 15, the regional president, Ximo Puig’ has said that they will be lifted “when possible,” pointing out that the health situation is still not where we would like it to be, and that the community’s hospitals are still under enormous pressure. “Nobody is interested in maintaining them for the sake of maintaining them,” he said, but added that “the measures are working, but we cannot relax at all because the lethality is unbearable.”
The president made his statement today, February 11, when asked by Citizen’s trustee Toni Canto what the plan was for coming out of ‘lockdown,’ according to Spanish daily Informacion. Refusing to give concrete details, Mr Puig instead said that he expects an official announcement to be made later in the day.
“There are things we know,” he said. “And that is that a greater amount of mobility, more contact, more contagion. And the spaces in which the contagions occur, a fundamental part, are the bars and restaurants.”
The president said that his government plans to help the hospitality industry “as much as possible” and referred to his Plan Resiste, which has allocated 400 million euro to those most affected by the shutdown. “Possibly it will be insufficient, but it is a considerable effort,” he said.
Popular Party (PP) member Isabel Bonig didn’t hold back in her criticism of the Valencian Government or of Puig himself. “There is no health management or cohesion,” she said, and asked “when are they going to assume political responsibilities.”
Earlier in the day, the PP called on the president to “listen to the hotel industry and commerce” and insisted that a more sensible approach would be to allow businesses to open in a gradual way, depending on the coronavirus numbers in each area.
________________________________________________________________________
Thank you for taking the time to read this news article “Valencian Restrictions ‘Will Be Lifted When Possible’”. For more UK daily news, Spanish daily news and Global news stories, visit the Euro Weekly News home page.