Sorry for all the doom and gloom 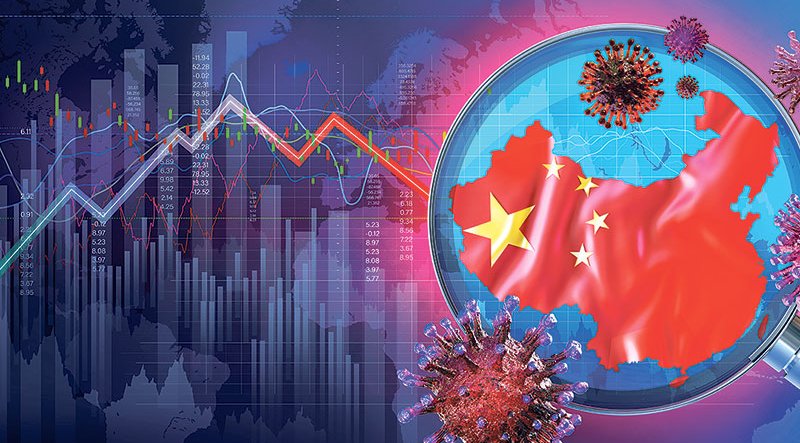 IN my opinion the Chinese are the most dangerous race on the planet. Subjects, who live under the iron boot of communism, are like ants or bees following the orders of the Queen. On their own they are weak and vulnerable.

Working together for a common cause, they are virtually unstoppable. Over the years, this ancient race of people, with their inscrutable and patient leaders has slowly but surely managed to infiltrate the West, with far more success and subtlety than the jihadi terrorists who have impregnated our society.

From the innocuous Chinese restaurants and emporiums of cheap goods to the high financiers of Wall Street and the city of London they are everywhere. Most of their companies in the West are state-owned enterprises, including the multi supply stores, whose staff are trained in China and schooled in the language of whatever country they are designated to take up their employment.

These stores are only allowed to buy their stock from China and are totally autonomous. By selling a complete cross section of cheap goods, their purpose is to undermine and disrupt local businesses.

Beijing’s clamp down in Hong Kong and the recent announcement that they are instructing schools to teach children from the age of six that they must always show allegiance to the state, plus the severe punishments that can ensue should they not follow the rules, is blatant brainwashing and of course ensures that future generations will not be westernised and unmanageable as the young people of Hong Kong have become.

Their technology, particularly in the cyber world, is second to none, and the Chinese Communist parties, who lie with monotonous predictability, were almost certainly the source of a number of huge cyber-attacks on the West. They are a nuclear power and can send rockets into space.

Whether intentionally or accidently, China is undoubtedly responsible for the recent pandemic, that has severely damaged a multitude of economies and spread fear all over the planet. They are too astute to be actual warmongers, but I do believe in the not too distant future they will begin to flex their military muscles and endeavour to ‘take back’ Taiwan.

Whatever the future holds I think China is the biggest threat to western democracy the world has ever seen. Can they be stopped? Somehow I doubt it, there are after all 1.4 billion of them! If they join forces with Putin’s Mafia, I think we can stick our heads between our legs and bid adieu to our posteriors.

Ah well, ain’t life grand? Sorry for all the doom and gloom. On the up side, can we all antagonise the BBC and British media in general by giving Boris and his team a great big cheer and many congratulations for their wonderful handling of the vaccine handout? At the time of writing nine million doses already administered. I can see the teeth marks on Ms Sturgeon’s aporran from here.

Mind you, the lady can certainly take a little consolation from this year’s rugby team. Well done Scotland. We’ll have you next time!