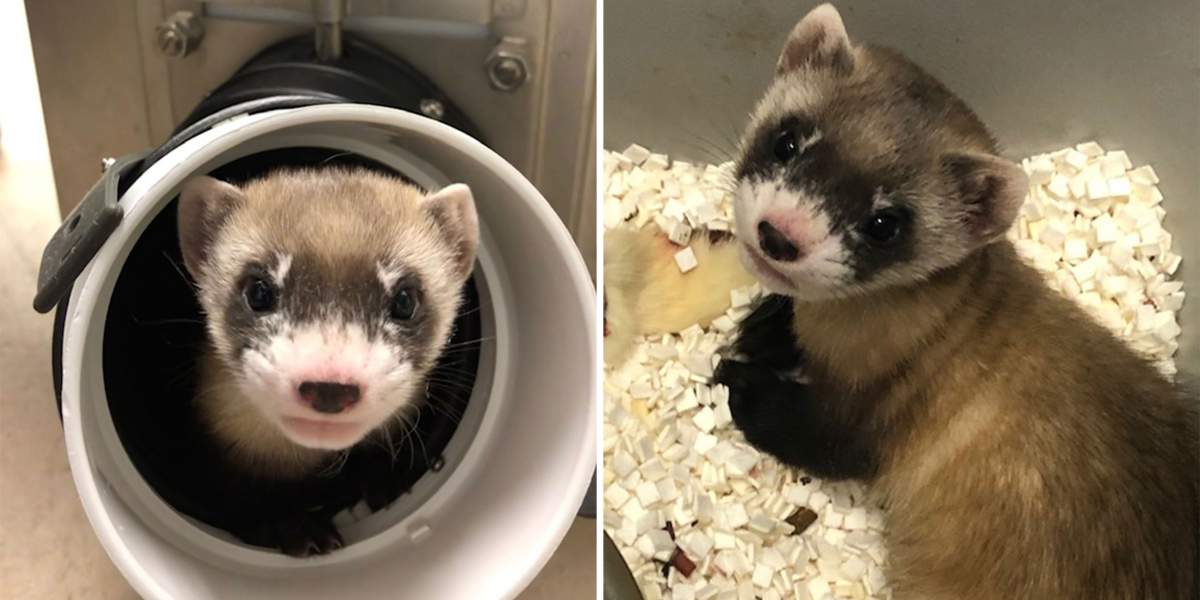 SCIENTIST have cloned the first U.S. endangered species, a black-footed ferret was duplicated from the genes of an animal that died over 30 years ago.

The predator, named Elizabeth Ann, was born on Dec. 10 but the birth was only announced this week. “You might have been handling a black-footed ferret kit and then they try to take your finger off the next day,” U.S. Fish and Wildlife Service black-footed ferret recovery coordinator Pete Gober said Thursday. “She’s holding her own.”

Elizabeth Ann was born and is being raised at a Fish and Wildlife Service black-footed ferret breeding facility in Fort Collins, Colorado. She’s a genetic copy of a ferret named Willa who died in 1988 and whose remains were frozen in the early days of DNA technology.

Cloning eventually could bring back extinct species such as the passenger pigeon for example. For now, the technique holds promise for helping endangered species including a Mongolian wild horse that was cloned and born last summer at a Texas facility.

“Biotechnology and genomic data can really make a difference on the ground with conservation efforts,” said Ben Novak, lead scientist with Revive & Restore, a biotechnology-focused conservation nonprofit that coordinated the ferret and horse clonings.

Black-footed ferrets are a type of weasel easily recognized by dark eye markings resembling a robber’s mask. Charismatic and nocturnal, they feed exclusively on prairie dogs while living in the midst of the rodents’ sometimes vast burrow colonies.

Even before cloning, black-footed ferrets were a conservation success story. They were thought extinct — victims of habitat loss as ranchers shot and poisoned off prairie dog colonies that made rangelands less suitable for cattle — until a ranch dog named Shep brought a dead one home in Wyoming in 1981.

Scientists gathered the remaining population for a captive breeding program that has released thousands of ferrets at dozens of sites in the western U.S., Canada and Mexico since the 1990s.

Lack of genetic diversity presents an ongoing risk. All ferrets reintroduced so far are the descendants of just seven closely related animals — a genetic similarity that makes today’s ferrets potentially susceptible to intestinal parasites and diseases such as the sylvatic plague.

Willa could have passed along her genes the usual way, too, but a male born to her named Cody “didn’t do his job” and her lineage died out, said Gober.

When Willa died, the Wyoming Game and Fish Department sent her tissues to a “frozen zoo” run by San Diego Zoo Global that maintains cells from more than 1,100 species and subspecies worldwide. Eventually, scientists may be able to modify those genes to help cloned animals survive.

The Argument Against Cloning

It is technically possible to clone a human being. The result of the procedure would be a human being in its own right. Given the current level of cloning technology concerning other animals, there is every reason to believe that early human clones will have shorter-than-average life-spans, and will be unusually prone to disease. In addition, they would be unusually at risk of genetic defects, though they would still, probably, have lives worth living.

But with experimentation and experience, seriously unequal prospects between cloned and noncloned people should erode. We shall ignore arguments about cloning that focus on the potential for harm to the fetus or resultant human being, where harm is understood solely in terms of physical and mental health.