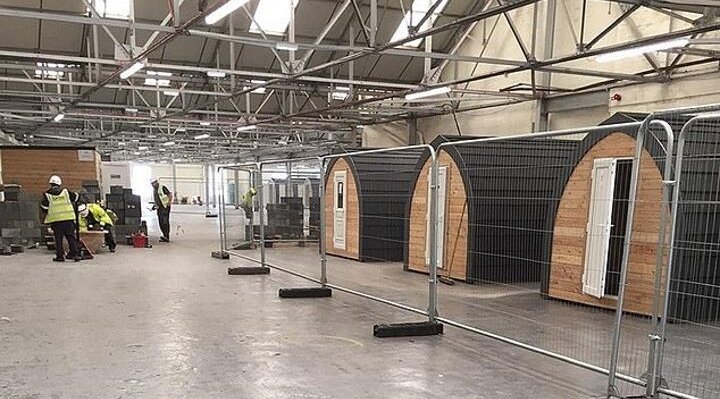 The COVID-19 pandemic has forced much of the United Kingdom to a grinding halt, but former United hero Lou Macari is not giving an inch in his crusade against homelessness. The 1977 FA Cup winner is the driving force behind the Macari Centre, a shelter for rough sleepers which is situated in Hanley near Stoke-on-Trent.

Despite the lockdown, the centre is continuing a scheduled move to bigger premises, as the pandemic’s knock-on effects threaten to cause even more damage to the economy and society’s most vulnerable.

“We’ve got a new home which is a massive warehouse, the size of a football pitch almost,”  Macari said, “It’s only about 500 or 600 yards from where we are at the moment, so we’re actually carrying the furniture through the streets of Stoke and into the warehouse. Lots of horns are being tooted at the moment when I’m carrying a bed or a mattress along!

“It’s been speeded up by that situation that we’re in at this moment. We’ve got 48 here all living very close to one another, so we’ve had to speed it up and swing into action a lot sooner than we expected.”

With help from generous organisations such as the League Managers Association [LMA] and food firms like Sainsbury’s and Greggs, to name a few, the centre aims to offer a fresh start in life to the people who need warm, safe, shelter and food.

“The LMA has donated 48 televisions, so everyone’s got an LG television for themselves,”  explains Lou. “We bought 40 pods – big glamping things or whatever you call it! It’s more or less a little house of their own, that’s probably the best way to describe it. For the 48 people we’ve got, it’s probably the first time in their lives that they’ve had something of their own.

“They’ve come to the Macari [Centre] from a background of probably always being on the streets and never really having anything. So for once now, they’ve got their own little place to look after to keep nice and tidy, to keep clean. We hope to improve and try to keep improving the lives that they’re leading. I do think the individual buildings [they’ve got] gives them a good start. It’s that independence that they need.