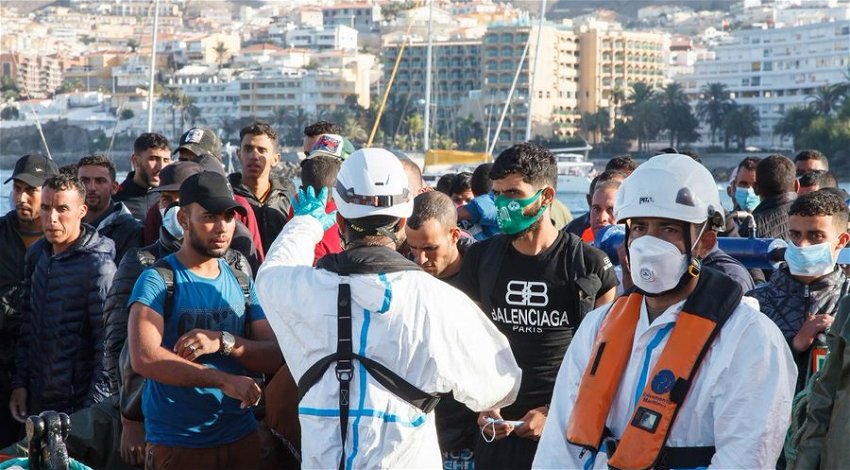 The National Police in the Canary Islands yesterday (Wednesday 24) arrested 14 people in Gran Canaria, 13 men and one woman, aged between 19 and 45, accused of being the skippers of seven boats that arrived on the island after travelling from Africa, between December 21 and January 20.

One of those boats was transporting a mother with her 9-year-old twins Awa and Alhassane D, the last of which had died en route, and whose body was reportedly thrown overboard in the open sea.

A statement released by the police said the mother, once rescued, had tried to kill herself by jumping into the sea, as she was in such a state of shock over the disposal of her son’s body, and she had to be transferred to a hospital upon arrival.

The 14 detainees are charged with crimes against the rights of foreign citizens, with six of them also being charged with the crime of reckless homicide, and in the case of three of them, the charge of belonging to a criminal organisation, as reported this Wednesday in a statement from the General Directorate of the Police.

All 14 of the arrested suspects were identified by the migrants as the organisers of the crossings and of being the skippers in charge of the boats, in which 237 people had travelled, 26 of them minors.

The National Police statement said that the migrants had reported paying between €2,000 and €2,500 each, and that they had to bring their own food and drink to survive during the journey, with three passengers dying during the trip because of the very poor conditions “without any type of security measure, life jackets, food or drink”.

All the detainees were handed over to the judicial authorities, who ordered thirteen of them to immediately be put in prison.