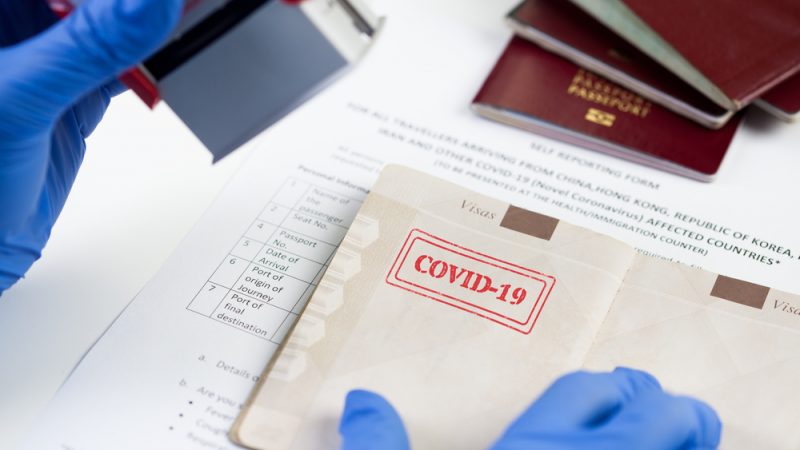 Spain is in talks about vaccine certificates for visitors this summer – the ‘green passports’ look set to be only one of several measures to open up borders.

The country’s secretary of state for Tourism, Fernando Valdes, said Spain was “canvassing the European Union and the Organisation for Economically Developed Countries to agree to a system of vaccine passports to increase tourists’ mobility”.

He said Spain will not bar tourists if they do not have proof they have been inoculated, saying they would be part of “a series of measures” to allow British holidaymakers to return. We are defending this approach and we would like to coordinate these works with the British government,” he told the newspaper. A vaccine certificate should help us regain mobility and would have to complement our works with testing and other means that we have already implemented to avoid transmissions such as face masks or social distancing.

“We feel that summer has to be the beginning of a gradual restoration of international tourism to Spain and when we are hoping to welcome British tourists once again. We are hoping that European member states will find a way to open our borders with the UK,” he added.

However, The Telegraph reported that the Spanish president has “cast doubt over summer holidays in the country by hinting that international travel will not be possible until herd immunity is reached”.

The newspaper said: “[Pedro] Sanchez will surely come under immense pressure to welcome holidaymakers sooner than that – particularly from leaders in the Balearics and the Canary Islands, which rely heavily on overseas visitors – but his words will leave many Britons nervous about their summer plans.”

The Foreign, Commonwealth and Development Office has updated its advice for Spain, as the country has extended its travel restrictions on passenger travel from the UK by air and sea until 6pm on March 16.

The restrictions were introduced on December 22. International transit through Spanish airports by passengers on flights departing from the UK is permitted on the presentation of a negative Covid-19 test taken within no more than 72 hours before arrival.