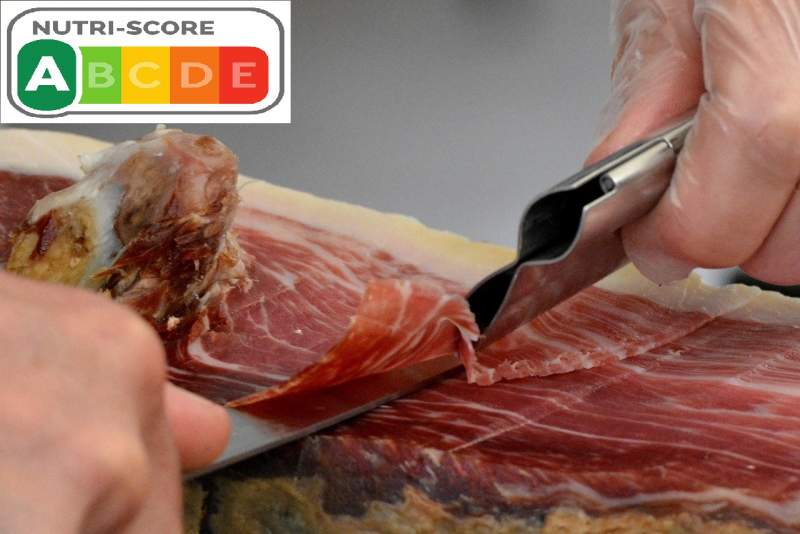 Ham products get low scores with the new system

THE Ministry of Consumer Affairs has confirmed that ham and cheese will remain on the Nutri-Score nutritional traffic light despite pressure from their sectors.

However, the health benefits of olive oil have led it to be excluded from the ‘red zone’ in which it was originally going to be placed.

The Nutriscore nutritional traffic light will be included on the labelling of packaged products throughout this year.

The ministry has not succumbed to pressure to exclude Iberian ham and cheese, which had been put in action by the sectors due to the fact that they may be marked as unhealthy.

Minister Alberto Garzon has insisted that the ministry will not give in to “belligerent campaigns” launched from certain sectors against the labelling system.

However, the Ministry of Consumer Affairs recalls that, at least initially, the use of Nutri-Score will be voluntary, so that any sector may decide not to join if they do not wish to do so.

However, the Ministry warns that the European Commission is considering proposing in 2022 that it be mandatory in the whole EU.

If a company does decide now to include it on their packaging, however, it must be used on all products, and not just on those which obtain a good score.

The system, developed by the University of Oxford and already applied in four EU countries, has caused controversy in recent months because its algorithm – which punishes components such as fats, sugars or salt – penalizes products such as cold cuts while it rewards others such as sugar-free soft drinks.

The Government managed to modify the algorithm to improve the rating for olive oil, and a few weeks ago Consumption confirmed a preliminary agreement for the product to be excluded from the system since it understands that its rating, which was a C, (with A being the best score and E the worst), does not do justice to its properties.

Following this decision, the Iberian pork and cheese employers’ associations – Asici and Anfaque, respectively – also requested the exclusion. But the Ministry of Consumer Affairs refuses, claiming that these products (classified with a D or an E, depending on the specific item), despite being important in Spanish gastronomy, are rich in fat or salt and cannot demonstrate sufficient positive properties for health.