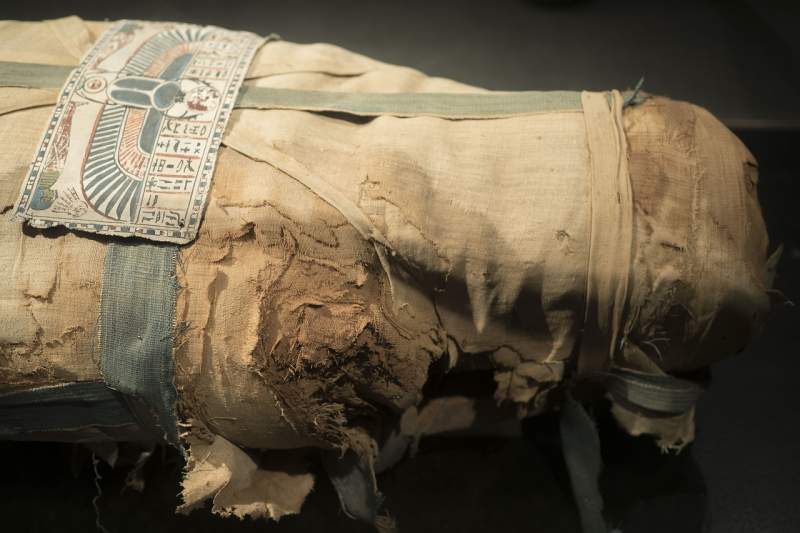 The papyrus is one of few that details the procedure

A 3,500-YEAR-OLD medical papyrus has revealed new details about mummification.

Research has focused on the Louvre-Carlsberg papyrus, so named because one part belongs to the French museum and the other to the Carlsberg Papyrus Collection at the University of Copenhagen, and found that it contains new evidence of the embalming procedure of the face.

This is the oldest manual detailing the mummification process and revealing techniques which were unknown until now to prepare ancient Egyptians for their passage into the afterlife, although the text is mainly about plant medicine and skin inflammations.

In ancient Egypt, mummification was considered a sacred art and its knowledge was reserved for very few individuals, which is why Egyptologists believe that most of its secrets were transmitted orally and until now, only two texts on mummification had been identified.

University of Copenhagen Egyptologist Sofie Schiødt worked on the text, which includes some “extremely detailed” descriptions of the mummification process and would have been aimed at specialists who needed to remember details such as recipes for ointments and the uses of various types of bandages.

The text regarding embalming the face of the deceased provides a list of ingredients for a remedy largely composed of aromatic substances of plant origin that were cooked to form a liquid in which a piece of red linen was dipped.

The fabric was applied to the face of the deceased as a protective layer of aromatic and antibacterial matter, a process which was repeated every four days while the body was covered with fabrics and straw impregnated with aromatic substances to ward off insects and scavengers.

Egyptologists had already examined several mummies, from the same era as this manual, whose faces were covered in cloth and resin, which, according to Schiødt, “would fit the description.”

The two parts of the papyrus, six metres long and with several sections missing, originally belonged to two private collectors. Taking into account the shapes of the signs, the text is dated to approximately 1450BC.