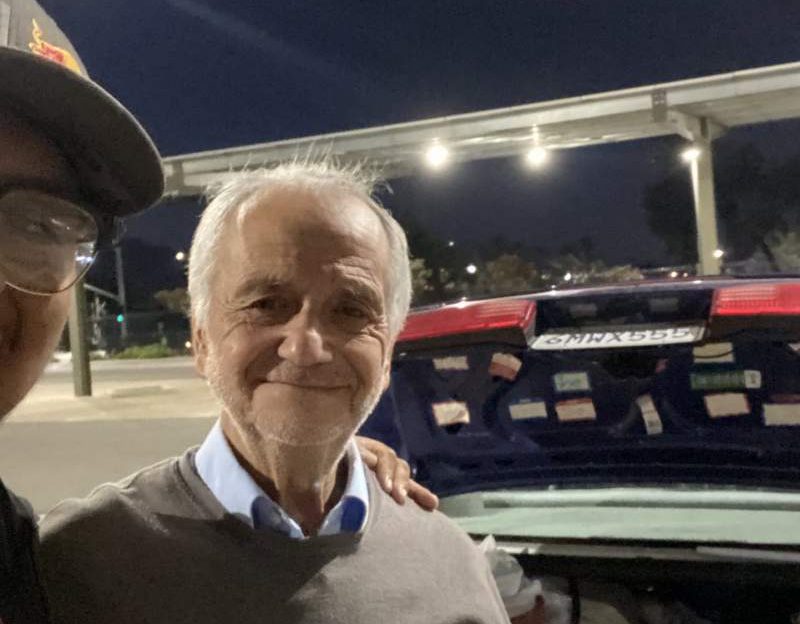 A STUDENT from California, USA, has raised more than €22,000 for a former teacher who discovered that he was living in his car.

Jose Villarruel, a substitute teacher in Fontana, California has received $27,000 (more than €22,000) on his 77th birthday thanks to a former student who discovered that the teacher was living in his car due to the closure of schools during the Covid-19 pandemic.

Steven Nava saw his former teacher parked in the same place for several days and asked him why. He gave him $300 (€250) and launched a campaign on Go Fund Me, with which he raised the money in just six days. He tweeted about his aim to help the former teacher and got a huge amount of support.

Villarruel, who had worked as a teacher for decades, was forced to resign in May 2020.

He got some money from the state, but says that it didn’t last long because he had debts. He also gets a monthly amount but claims that most of it goes to his wife who is ill in Mexico.

The €22,000 raised on Go Fund Me was given to him by Steven Nava and other students, as well as the local mayor, who surprised him at the Community Centre for the Elderly.

He says he initially thought he was dreaming and will definitely “pay it forward”.

TWITTER FRIENDS PLEASE HELP! every morning/ night I’ve always noticed this older man that would stay out in his car constantly at this parking lot near my house even when the weather was bad. He looked familiar and I’m sure alot of y’all have had him as a substitute in Fontana… pic.twitter.com/3hFpIAOMCO

Thank you for taking the time to read this news article “Student raises money for former teacher who was down on his luck”. For more UK daily news, Spanish daily news and Global news stories, visit the Euro Weekly News home page.