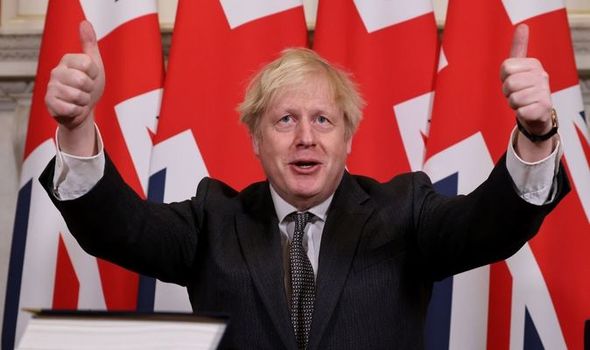 The UK has secured THREE massive fishing victories over the EU, say industry insiders. The Brexit fisheries deal agreed between the EU and UK has provided three major benefits for Britain, an industry insider has revealed.

Scottish fishermen have experienced some serious export issues since January this year, Barrie Deas chief executive of the National Federation of Fishermen’s Organisation has however claimed there had been three instant benefits of the Brexit deal for the industry.

Speaking to Express.co.uk, Mr Deas acknowledged fishermen did not receive as much quota return as they had wanted but would still benefit from the 25 per cent from the EU. Mr Deas also stated how the UK was now an independent coastal nation and will therefore be able to represent itself in international fisheries treaties- with the shackles of the EU removed.

The Balearics fishing industry has conveyed its “frustration” with new EU agreements to Spain’s minister for agriculture, fisheries and food, Luis Planas.

A meeting that considered agreements in December that the islands’ fishermen believe will “seriously endanger the maintenance of social and economic balance” in the Mediterranean. The Fisheries Council agreed to an 8.3% reduction in fishing days, and the Balearics view is that the European Commission is insensitive to fishermen and that “very accelerated” policy only takes the environmental aspect into account; it ignores “economic and social pillars”.

How it affects Spain

The Balearic Federation of Fishermen’s Guilds argues that there is insufficient scientific evidence to support the new measures. The European Commission, it claims, is using “outdated” data, noting that the UN’s Food and Agriculture Organization has stated that 60% of fish stocks are not evaluated.

The federation reminded the minister of a government commitment to enable fishermen to obtain maximum sustainable yield by 2025 without the need to close businesses and destroy jobs. It reckons that there will be a “drastic impact” on 587 boats and 3,600 direct jobs.

Regulations have already meant a reduction of 21% in terms of total fishing days, so the additional 8.3% will mean almost 30% in the first two years of the application of the regulations. The federation suggests that there is discrimination in that Spain has twelve hours of fishing per day, while other member states have fifteen to eighteen. As of the first of January, this means that a Spanish boat has 55 fewer days fishing than a boat from another country.

Planas was told that Mediterranean fishermen have already achieved a reduction of almost 40% as foreseen by the plan up to 2025. Trawling cannot accept any further cut to that required by the multi-year (2020-2025) management plan.