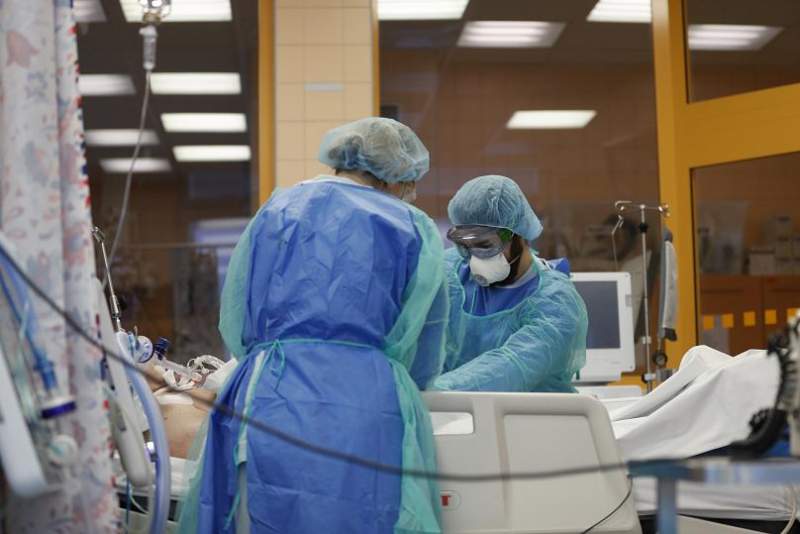 A 55-year-old woman who was urgently admitted to a hospital in Asturias Spain after receiving the AstraZeneca vaccine was found to have suffered a blood clot. This is the first case of cerebral thrombosis to be investigated in Asturias among the nearly 25,000 people who have already received the AstraZeneca vaccine in the community, which in Spain has been administered to 1,722,791 people so far.

The woman remains in an ICU at Hospital Vital Álvarez Buylla de Mieres, in Asturias, and has been diagnosed with “a cerebral venous sinus thrombosis.” it is understood that she had received the AstraZeneca coronavirus vaccine days before.

The Ministry of Health of the Principality of Asturias reported that it is studying the patient’s case and that at the moment it cannot be guaranteed that the thrombosis is a side effect of the vaccine.

The administration of this vaccine was suspended on a precautionary basis in Spain on March 15 after several cases of thrombosis were diagnosed in several European countries in people who had received the drug.

So far, Spain has administered more than 4.6 million vaccine doses, which is 83.4% of those it has received.

With the large majority of care-home residents and frontline healthcare workers vaccinated, the regions are now concentrating on administering the AstraZeneca vaccine to essential workers under the age of 55 and the others vaccines to the 80-and-over population. This process began around two weeks ago, although the exact date varies from region to region.

The MHRA* reported 25 new cases of rare blood clots possibly linked to the drug on Thursday, April 1, bringing the total number of cases to 30, but did not indicate how many, if any, people had died. MHRA has not received clotting reports following the BioNTech and Pfizer vaccine, it said in its Thursday report.


It’s still unclear if the AstraZeneca vaccine is causing the blood clots, or if it’s just a coincidence.

MHRA maintains the shots are safe. Seven deaths out of more than 18 million AstraZeneca doses delivered by March 24 still means that adverse outcome possibly related to the shot is extremely rare.

*The Medicines and Healthcare products Regulatory Agency is an executive agency of the Department of Health and Social Care in the United Kingdom which is responsible for ensuring that medicines and medical devices work and are acceptably safe.