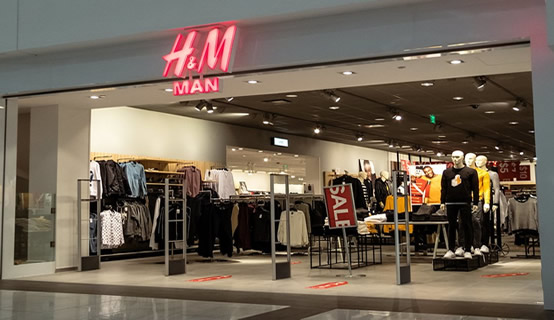 H&M Fashion Chain Announces Plan To Close 30 Of Its Stores and cut staff in Spain.

In what is bound to be a blow to expat shoppers who like to browse around the big stores in shopping centres, H&M, the Swedish clothing and fashion accessories chain announced today, Tuesday April 6, that it plans to close 30 of its stores across Spain, while also cutting back on staff, with as many as 1,100 employees being laid off.

A spokesman for the company said the move comes as a result of the way the industry is changing due to the effect of the pandemic, with digital online purchasing becoming the norm, as people stay at home to do their shopping.
The retail chain says it is looking at carrying out a process of worldwide transformation and reorganisation to create a more efficient business structure and move towards integrating online stores as opposed to the expanse involved in staffing and running physical stores.
There are planning to close 350 H&M stores worldwide, and out of the 150 across Spain, 30 will be closed, but it is not known whether any of the local Costa del Sol stores in Marbella, Fuengirola, Málaga, and Vélez-Málaga – with COS in Málaga and Marbella – will be among the ones closing, although the company was quick to stress that closures will probably not take place until 2022.
A company statement said the objective is to, “maintain as many jobs as possible,” with the ERE layoff affecting 17 per cent of its staff, around 1,100 employees out of its 6,200 strong workforce, giving priority to voluntary redundancies to “minimise” the impact.
This action has not gone down well with the CC OO union though, which represents a majority of the staff, whose spokesperson described the step from the ERTE furlough scheme to ERE as “unjustified and disproportionate.”
They commented that although they understand the change in the way people have been shopping following the pandemic, “this does not justify in any way such a number of layoffs, especially as H&M has been benefiting from the ERTE scheme that the government introduced during the pandemic,” as reported by surinenglish.com.