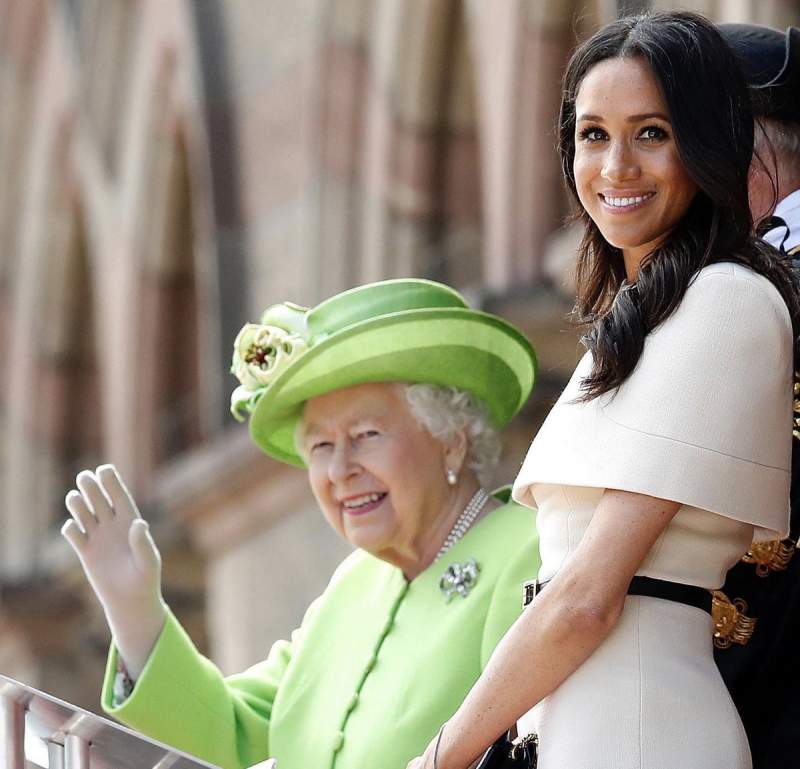 As reported in Newsweek, Morton addressed the subject that was brought up in the shocking interview Meghan and Harry had with Oprah Winfrey.

Speaking on the Royally Obsessed podcast Morton claims the Queen made the statement with positivity and that it was an offer to Meghan to help maintain her freedom, however, Harry had described in the Oprah interview how in the early days of his and Meghan’s relationship his family had discussed Meghan’s acting career because there was not enough money to pay for her.

Morton said: “They were given a degree of latitude.”

“They were told ‘here are your first-class tickets, pick a country you want to go to, we’re going to make you youth ambassadors for the Commonwealth'” adding: “In fairness to the royal family, in fairness to the Queen, she did give them that opportunity to go wherever they pleased around the world.”

“And also, they did say to Meghan if you don’t want to embrace royal duties full time please be our guest and continue your acting career. So all those opportunities were open to her and I think that if you want my view about what happened neither of them gave it the thought they should have done.”

In the Oprah interview, Harry said: “That was right at the beginning when she wasn’t going to get security, when members of my family were suggesting that she carries on acting because there’s not enough money to pay for her, and all this sort of stuff.”

Meghan said during the interview: “In those months when I was pregnant, we have in tandem the conversation of ‘you won’t be given security,’ ‘not going to be given a title’, and also concerns and conversations about how dark his skin might be when he’s born.”

Both Harry and Meghan discussed how an unnamed member of the Royal Family had expressed their concerns, before the birth of baby Archie, about how his skin might be “too dark.”

Meghan also described how she felt suicidal amidst the pressure of negative press in January 2019.

Morton said in the podcast: “I found it obviously compelling television. A very brave, courageous admission of mental failings by Meghan. But I came to the conclusion that an awful lot of it is what you call ‘mist reading.’ ”

“That is to say, you’re trying to understand what point they’re trying to make because it doesn’t make sense.”

Morton suggested that Meghan had presented herself as a prisoner within the Royal Family but pointed out her overseas holidays and that his friends had seen her out around Kensington.