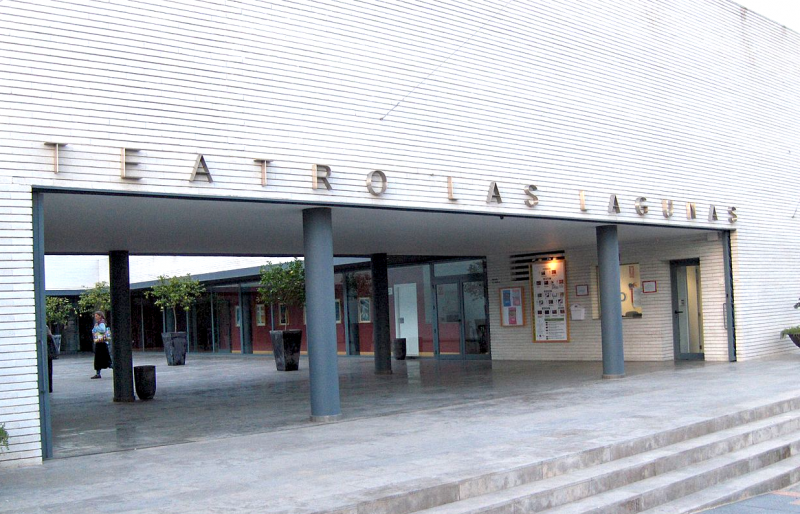 Local Theatre In Mijas Costa Malaga Restarts Live Performances.
The Las Lagunas Theatre is located in Mijas Costa, and presents music, dance, theatre and events. The venue was opened to much fanfare in March 2007 and occupies an area of 3,000m² and seats 640 people, distributed between the stalls, the boxes and the circle.

The councillor for Culture, Verónica Ensberg, this week presented the programme of the Las Lagunas Theatre scheduled for the months of April, May and June, which includes monologues, live musical performances and children’s theatre.
Councillor Ensberg explained that after some very complicated months, and despite the fact that the theatre had suffered some suspensions as a result of the restrictions and the evolution of the pandemic, it has resumed its activity with great enthusiasm and most importantly, with a wide range of shows that everyone hopes will appeal to all types of audiences.
She added that the venue has “become a benchmark in the province.”
Among the performances that were scheduled and had to be cancelled were the Fran Perea concert that has been moved to May 22, as well as humour-oriented works with ‘8 Andalucian surnames’ and local works by Teatro Mijas, “José Tejada will also accompany us for another year with his ‘Mind Hacker’ show, as well as the work of Manolo Medina ‘Tanto monta monta tanto, and the monologues of La Cochera, in what will be a very varied programme”, said the councillor.
Anyone interested in joining the programme that will run from April 3 to June 16 can already visit the Mijas City Council website and through advertisements at the entrance of the Las Lagunas Theatre itself. “Encourage neighbours and visitors to enjoy culture in this totally safe space, in which we have a wide protocol of preventive measures against Covid-19 and among which are the reduction of capacity, disinfection, as well as the mandatory use of the mask, among others,” the councillor added.
Theatre Box office opening hours: Thursday and Friday, 5pm to 8pm or two hours before the start of the show.
Source: Ajuntamentio Mijas