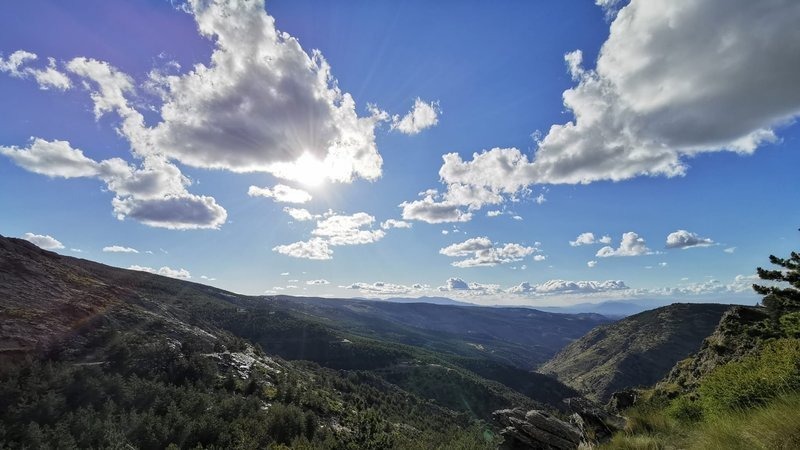 Thousands Sign Petition for Sierra De Los Filabres To Become A Natural Park in Spain’s Almeria.
Thanks to the ingenuity of students in the Tijola area of Almeria thousands of people have signed a petition to protect the Sierra De Los Filabres. The area is home to a stunning variety of wildlife and flora and provides a natural barrier against the advancing desert in the north.
It is hoped that by becoming a natural park the Sierra de los Filabres would be protected. Students from the IES Alto Almanzora have set about to ensure the protection of the Sierra and have initiated an online petition. They have hosted their campaign on Change.org in which they have asked the Junta de Andalucia to protect the Sierra and declare it a natural park.
So far the petition has gained nearly 10,000 signatures. The students have explained the importance of this Sierra and said, “The Sierra de los Filabres is the largest area of vegetation in Almeria and acts as a natural barrier, stopping the advance of the desert towards the north of the province. It is also an area of great environmental value. For example, more than 50% of all the species of flora catalogued for the province of Almeria live in Filabres and approximately 20% of the species of Iberian flora.”
They have also highlighted the stunning variety of birds that can be spotted in the area including the amazing golden eagle. The Students commented that, “Birds are very well represented in the sierra, with almost 100 catalogued species, with the largest Almerian population of the majestic golden eagle standing out in its cliffs and crags, and in its high mountain plains the presence of the most endangered bird in Spain, the scarlet lark, has been recorded.
“The most endangered amphibian in Andalusia, the Betic midwife toad, breeds and develops in its numerous water points in the Sierra, and two endemic ant species have been discovered in the Tetica de Bacares. In addition, Filabres is an area of great lepidopterological interest for its great wealth of butterflies, among which the Apollo butterfly of the Sierra de los Filabres, an endemic species, stands out”.
It is a hoped that natural park status would ensure the preservation of the area’s “traditions, its culture, its experiences and make the Sierra profitable again with a circular and sustainable economy” said the students, as reported the Diario De Almeria.