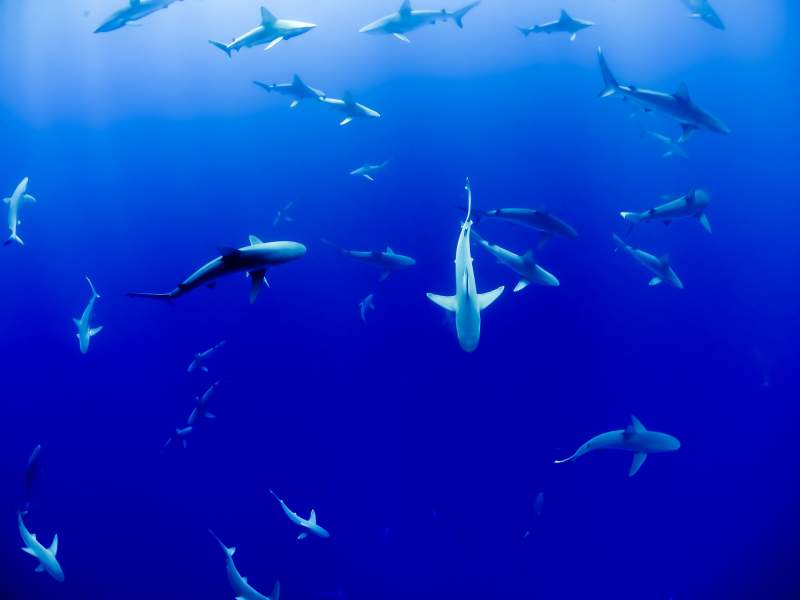 Sharks are being fished by the millions, an awful trade that is resulting in the extinction of more than 375 species of sharks in the oceans around the world.

So often seen in fish markets is the Andalusian dogfish, the Canarian tollos or the shortfin mako. Some prefer to eat shark fin soup, discarding the rest of the animal into the sea to die a slow death. Some take advantage of the oil from sharks liver, which is rich in omega-three. Some even turn the shark’s cartilage into capsules which is rich in collagen.

People actually eat more sharks than you can envisage, but mainly they are fished for. Spain, followed by France and Portugal, has become a hub around European trade for rays and sharks.

According to Greenpeace, Portuguese and Spanish ships fish up to 25,000 mako sharks per year, a shark that is in danger of extinction. There has been a lack of protections in international waters that has led to the death of approximately 100 million sharks per year. According to a recent WWF report, 62 out of the 110 shark species and rays in Portuguese waters are threatened by overfishing.

EU member states have the second-highest share of recorded ray and shark catches in the world, at around 10 per cent of global catches. Spain takes a leading role in this, according to data, and is the second country with the highest catches of sharks in the past decade, the only country that has surpassed this is Indonesia, and is also the second-largest importer and the first exporter of rays in the world.

It is a market that is on the rise, with commercial exchange not stopping growing. Since 2012, there has been a massive increase of 73 per cent with imports in the frozen segment doubling.

Despite the adoption of the EU Regional Action Plan for Sharks and Rays more than a decade ago to help with conservation, there is still the constant problem of transparent reporting of incidental catches and the reporting of catches, landings trade and the proper management of fisheries for sharks and rays.

“From WWF we consider it urgent to effectively apply the Common Fisheries Policy and the new legislation to comply with the European biodiversity and farm-to-table strategies. Changing the fate of European sharks and rays and, ultimately, the health of our seas, which is ours, depends on these crucial measures. For this, we need the collaboration of all the parties involved in identifying and applying effective solutions,” Says Raúl García, fisheries coordinator at WWF Spain.