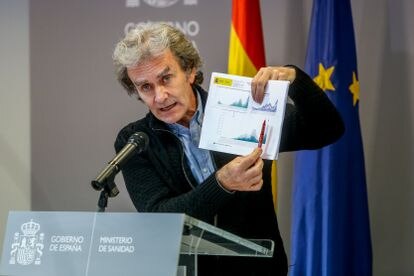 These figures show a rise from those of the same day last week when 8,788 positive cases were reported.

Infections in Spain have already risen to 3,387,022 since the start of the pandemic, according to official statistics. The cumulative incidence in the last 14 days now stands at 200.98 per 100,000 inhabitants compared to 196.20 on Tuesday, a slight rise, with a total of 95,368 new positives being registered in the past two weeks.

Sadly, there were 131 new deaths added to this Wednesday’s report, slightly more than the 126 reported last Wednesday. Up to 76,756 people with a positive diagnostic test have died since the virus arrived in Spain, according to data collected by the Ministry.

Spain has already received the first shipment of Janssen, but it will remain in storage until next week and the recommendation on this vaccine from the European Medicines Agency (EMA) is known.

Jesús Aguirre, the Minister of Health and families for Andalucia, announced that he will be holding a videoconference during this week with the manufacturers of the Russian Sputnik V Covid-19 vaccine, regarding the possible incorporation of their product into the vaccination calendar of the autonomous communities.

Speaking with Canal Sur Televisión, Mr Aguirre explained that he had already held talks with other manufacturers such as Rovi, AstraZeneca, and Janssen, but was quick to point out that these meetings were not held with a view to purchasing supplies, but with the intention of “being informed about the number of vaccines that arrive in Spain, and the part that would correspond to Andalucia.”