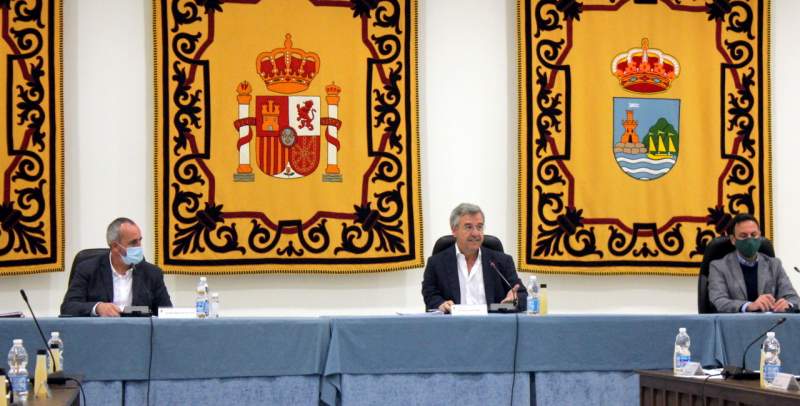 ESTEPONA Council has taken a step forward over a new National Police station.

The council has taken the step forward towards the new Estepona National Police station.
According to Estepona council, it has taken the step forward in transferring the plot of land for the police station to the central government.
The council said the police station would be on “Calle Letonoa, next to the land where the construction of the Palace of Justice is planned, which will bring together all the judicial headquarters in the town.
“It is necessary to remember that from the City council the necessity has been reiterated in numerous occasions to the central Government the necessity to equip to the city with this equipment. In this way, this procedure will be a significant improvement of the facilities of the Police Station, in line with the needs of the staff and the town.”
The news comes after union CSIF has reported that a detainee attempted to hang himself in the cells at Estepona Local Police station.
The union is studying the possibility of filing a report against the local mayor and the Local Police chief and will make a complaint to the Andalucia Ombudsman due to the lack of CCTV cameras.
The union claims that there are insufficient safety measures, according to regional Spanish news source Andalucia Informacion.
The events took place last weekend in a cell at the police station when the detainee, using his own clothes, attempted to take his own life by tying his clothes to the bars of the cell.
Thanks to the rapid reaction of an officer who was on duty at the time, who managed to lift the detainee up by grabbing his feet and shouting for help, the man is still alive.
CSIF said that they have been warned for years of the awful aesthetic and hygiene conditions at the police station in Estepona which they say have been completely abandoned by the government.