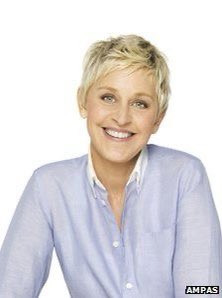 You wouldn’t have thought one little word could cause too much aggravation, but TV personality Ellen DeGeneres almost broke the internet when she responded to the news of Derek Chauvin’s guilty verdict, with many news outlets remarking that the popular host had been ‘cancelled’ by fans. When DeGeneres posted the comment “Justice” just moments after the verdict had been returned, furious Twitter users hit back at the star.

“Justice would be people not getting discriminately killed by police in the first place,” one user remarked.

“Not justice,” another person wrote, adding: “Justice would be safety. Maybe a step toward accountability. Let’s wait til sentencing to find out if that’s gonna happen.”

“Justice is when he actually serves the full extent of the time of his charges,” wrote another. We have seen too many times, the conviction followed by small sentences. We are not finished. Justice will be served when is sentenced!”

Former Minneapolis police officer Derek Chauvin was found guilty on April 20 of killing George Floyd, an African-American man whose death touched off Black Lives Matter protests and riots across the US in 2020.

Chauvin was charged with second-degree unintentional murder, third-degree murder and second-degree manslaughter after Floyd died on May 25, during an attempt by six officers to arrest him for allegedly passing a counterfeit bill at a Minneapolis grocery store.

He is currently awaiting sentencing at Oak Park Heights where he is being kept in solitary confinement for his own safety, as reported by It’s Gone Viral. Given the charges, Chauvin is looking at spending between 12 and 40 years behind bars.

According to a spokesperson: “Administrative segregation is used when someone’s presence in the general population is a safety concern.

“There are 41 people in the ACU and cells are monitored by cameras with corrections officers also doing rounds at least every 30 minutes.

“He’ll have on average an hour a day out of his cell for exercise. Meals are delivered to his cell.

“He is in a single cell and will not have contact with other incarcerated people.”