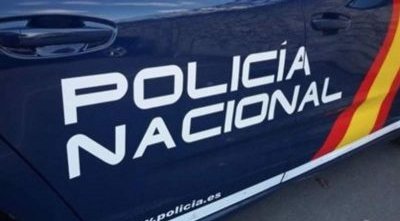 The suspect in a double stabbing in Malaga has been placed in prison.

THE man who was accused of stabbing one man to death and injuring another in Malaga has been placed in prison.
According to Spanish newspaper Sur, the man has been put in prison without bail pending a trial into the double stabbing which took place in Antequera, Malaga.
The 21-year-old man was arrested after he allegedly killed a 24-year-old man and injured the victim’s father after stabbing them.
The alleged perpetrator has been made available to the judge, who took a statement in relation to the case. After hearing his version, he decreed his entry into prison under investigation for a crime of homicide and another of injuries.
Police investigating the stabbing said it could have been over a €30 debt the suspect owed the victim.
Police say the victim and the 21-year-old suspect, who were friends, began arguing when the victim asked for the money back.
According to police, the pair began arguing and their parents intervened, before the suspect took out a knife and stabbed his friend and his father.
The father received stab wounds to one arm and one leg, while his son was fatally stabbed.
Police say the suspect is another resident of the Garcia Prieto area the men lived in.
The 24-year-old man died after he was stabbed during the fight, while his father was taken to hospital in critical condition after he reportedly received at least two stab wounds and received surgery to reconstruct the tissues damaged by the stab wounds.
The National Police, with the help of Local Police, came out to prevent further fighting after reports of tension in the area.
After interviewing several witnesses, officers identified the alleged perpetrator of the double stabbing. He was located and arrested at his home.
The judicial commission also arrived accompanied by the funeral services, which removed the body for transfer to the Institute of Forensic Medicine (IML) in Malaga.
Investigators from the Specialised and Violent Crime Unit (UDEV) of the Antequera police station are keeping an open investigation to clarify the circumstances of the crime in Malaga.