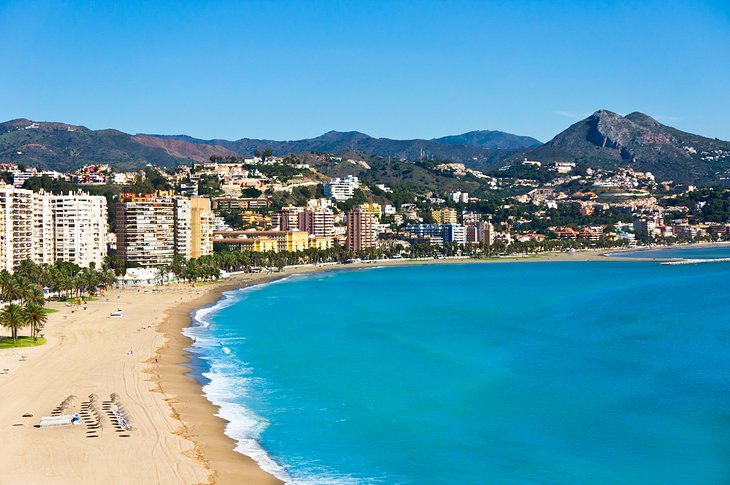 Malaga Rises From The Ashes After Losing Almost €5 Billion During The Pandemic.

THE coronavirus pandemic has reduced Malaga’s GDP by €4.8 billion and eaten up three years of growth, according to a recent report.

Last year, in 2020, huge losses were generated by Malaga’s economy, the business fabric, and employment in Malaga, due to the impact of the pandemic, witnessed an unprecedented drop in consumption and activity that has eaten up three years of progress (between 2016 and 2019) in which the province’s Gross Domestic Product (GDP) reached its all-time highs.

First estimates by the Andalucian statistical institute IECA revealed that the economy of Malaga, after a fall of 14 per cent last year, remained at €31,398 million at current prices, with a decrease of €4,820 million compared to the previous year, which exceeded €36,200 million.

The 2019 figure is the highest since the IECA began taking records back in 2008 (precisely the time of the first recession that was experienced worldwide with a GDP then of almost €31,000 million).
The economy had clearly begun to recover from 2015, after falling in the hardest years of the crisis to levels below €28,000 million and, between 2016 and 2019, it managed to increase from €31,400 million to the aforementioned €36,200 million.
The year 2020, in principle, was going to give continuity to that stage of growth, but the emergence of Covid has devastated all those expectations, taking away from Malaga all the increase in GDP accumulated in the preceding three years.
The enormous reliance on tourism, hospitality, and commerce in the provincial economy (the services sector accounts for 82 per cent of Malaga’s wealth) caused the collapse to be the most pronounced in all of Andalucia, according to a report from the Economic Analysts of Andalucia this week.
Malaga rises from the ashes.
Already, and only within a short period however, the green shoots of recovery can be seen. Business owners are hiring, mobility between provincial areas is now allowed and there is great optimism regarding the upcoming summer season.
Related:
Andalucia Works Towards Restarting Cruises From Malaga Port.

The Junta de Andalucía has initiated working meetings to discuss how to resume cruise activity in the port of Malaga which was interrupted due to the Covid pandemic.

These actions take place after the approval by the Governing Council of the Protocol of the Ministry of Health and Families of action for cruises of exclusively national itinerary and with a stop-over in Andalucia.