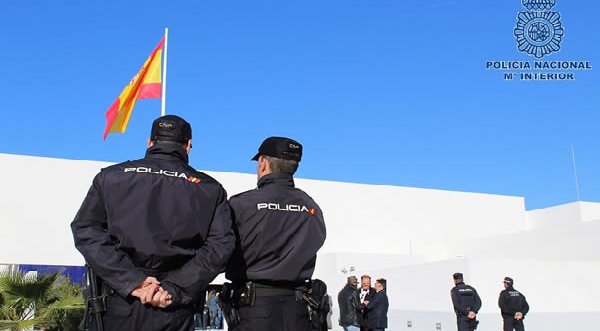 VÉLEZ-MÁLAGA Man Arrested For €70,000 Fraud While Claiming to be a lawyer, after previously being arrested in February for a similar offence

Officers from the National Police have arrested a man for the second time in four months, who was claiming to be a lawyer, this time for defrauding seven residents of the Axarquía out of €70,000, while conducting the management of civil and legal procedures on their behalf.
The 43-year-old Spanish national reportedly lived in a remote location in the mountains of Vélez-Málaga, and his modus operandi was to request an economic amount in advance from clients as management expenses, with no intention of carrying out the work, and has been arrested for seven crimes of fraud and misappropriation.
After a complaint filed by a resident of Benamocarra, claiming to have been a victim of fraud, the National Police launched an investigation after being told the man passed himself off as a lawyer, asking for a €3,000 payment upfront, paid in two payments, to resolve a procedure related to neighbourhood disagreements.
It was during this investigation that the officers realised the same man had been arrested in February for similar misdemeanours, and further investigation found another six persons who had been cheated out of around €70,000 by him in the Vélez-Málaga and Benamocarra areas.
In his role as their ‘lawyer’ the detainee would ask the ‘clients’ for the relevant documentation relating to their case, which he never returned to them, and finally, UDEV agents from the Vélez-Málaga Local Police Station managed to find his location and apprehend him, and he will go in front of a judge in Court No5 in Vélez-Málaga, as reported by www.axarquiaplus.es.
The Euro Weekly News is running a campaign to help reunite Brits in Spain with their family and friends by capping the costs of PCR tests for travel. Please help us urge the government to cap costs at http://www.euroweeklynews.com/2021/04/16/ewn-champions-the-rights-of-brits-in-spain-to-see-loved-ones-again/