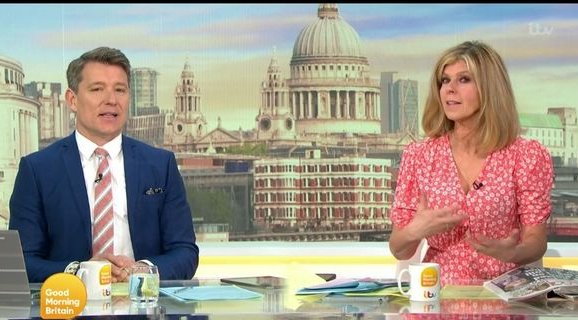 The Good Morning Britain presenter, Ben Shephard, has slammed Prince Harry over his latest podcast interview, British media outlets have reported. Shephard accused Harry of once again “pointing the finger” at his father, Prince Charles, and suggested that it was not the right time “just weeks after he buried his dad” this morning, May 14.

The comments follow a podcast interview with Dax Shepard and the Duke of Sussex in which he described his mental health and royal life as “a mix between The Truman Show and being in a zoo.”

“It’s a strange one, isn’t it? Do you know the one thing that I’ve heard most of all – a young dad,” she continued, “A young dad trying to do the best for his family and feeling pain themselves, feeling the pain that you can see he’s gone through with his family.

“And doing that thing you do when you’re a young dad, going, ‘I’m not going to do the same as my parents, I’m going to do things differently.’ And I just wonder what it would be like to talk to him in five years time.”

However, Shephard was not so sympathetic, saying “And look back and think about what he’s done. I mean, when you start with, ‘I don’t want to point the finger’ and then immediately points the finger! It’s a really…”

Kate interrupted: “Does he mean to point the finger though? I don’t know that he is doing it intentionally. The repercussions would be that it’s certainly seen as that as Prince Charles.

“Because you’re going to think, ‘Hang on, I did my best, what I thought was right – just as you’re saying you are doing what you think is right.’”

“But we’ve all been there as young parents,” Shephard expressed.

“What am I going to do? I’m going to take the best bits that my parents did and take the bits that I didn’t quite enjoy as much as a kid growing up.”

He continued: “He’s been a parent for five minutes, what’s he doing talking about being a parent, telling people – that’s the thing I find really, really difficult.

“The thing we really liked about Harry was that he was so normal and down to earth and there’s something that has happened. His father buried his own father just a few weeks ago! I can’t imagine how impossibly difficult that has been for the whole family.”