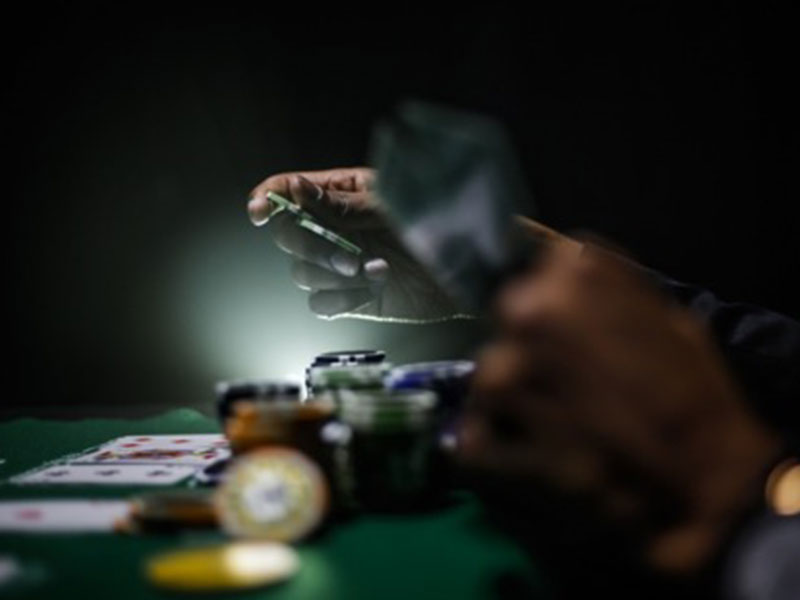 Gambling addiction has destroyed families, ruined careers and, in certain cases, landed people in jail. People suffering from this condition would not shy away from stealing to fund their gambling habit. That is exactly what Jamal Haider, a Leeds-based accountant did. And did it so well that the company he was stealing from didn’t know for nine whole months!

This was a case that caught media attention in 2016 and again now, with the Leeds Crown Court finding the perpetrator guilty and sentenced him to prison. The court noted that he had used ‘ingenious’ methods to hide his crimes for a period of nine months.

This is how the Jamal Haider story unfolded, back in 2016. He joined MechTronic Ltd., a company based out of Wortley, through an agency to look into the company’s accounts. Jamal was efficient and committed wholly to his work, and the company therefore had no hesitation in taking him on board as a full-time accountant.

What no one at the company knew about was Jamal’s love for gambling. The job he landed was just perfect for it– he was tasked with looking after the company’s finances, which meant easy access to company funds.

Presenting the case before the Leeds Crown Court, prosecutor Camille Morland spoke about the level of planning Jamal did and the ingenious ways he used to hide his offense.

Jamal’s work ethic and efficiency initially impressed everyone. So when he requested for permission to work from home because of the wide range of personal problems he was dealing with, the company agreed readily.

The ‘personal problems’ were impressive too, and of course well-thought out to arouse maximum sympathy, and included an ex-wife in London who had been assaulted and a brother in Pakistan who had been shot!

So how did he get away with what he did, for as long as he did? Simple, really; as the company’s accountant he had access to the funds, and being good at his work meant he knew the loopholes for crime well.

It was an elaborate scam. First, he falsified invoices that the company received from its suppliers. Then, he made arrangements to transfer funds from his employers’ accounts to his personal account and to that of a friend. The altered invoices ensured the company had no idea it was being fleeced, and the money that was paid into his friend’s account he later transferred to his own account.

As the next step, Jamal altered the company’s payment spreadsheets – he could do this because he was in charge of maintaining them. By altering the spreadsheets, he was able to effectively ghost the money that went from the company’s account to his own and to his friend’s.

This case is a good example of how the responsible gaming policies, urging players to gamble responsibly at online casinos, really can’t help much when a player decides to go all out and spend his money on gambling.

All Things Must Come to an End

All things – good and bad – must come to an end, and that happened here as well. At a point in time, Her Majesty’s Revenue and Customs (HMRC) got involved in the transactions of MechTronic when they found a VAT bill for £52,000 that hadn’t been paid out. A notification was sent to MechTronic; at around that time Jamal was conveniently absent from work. The reason given: urgent ‘family business abroad’.

An investigation was launched then, and the initial findings showed that Jamal had made unauthorized transfers totalling £166,681 from the company’s account into his own. The immediate result of this, coupled with his absenteeism, was dismissal from the company.

The investigations continued, and at the end of it the figure that the investigators unearthed was a staggering £744,508.44! And all of it had been spent on online gambling! That led to Jamal’s arrest. He refused to make any comments about the case at that time and entered a ‘not guilty’ plea initially. A little ahead of the trial, he realized the seriousness of it all and changed his plea.

A director from MechTronic provided the victim statement. He spoke about how Jamal’s actions had caused financial strain to MechTronic.

Because the case involved online gambling, the United Kingdom Gambling Commission (UKGC) became involved. And that brought some measure of relief for MechTronic, as the UKGC’s approach was to pressurise the betting firms who had profited from Jamal’s bets and misadventure to return sums of money to the company.

Jamal was released on bail pending investigation, but he only enmeshed himself into the quicksand that he was already in by committing criminal offences of theft and forgery. While he was out on bail, he found work in a law firm in Morley, and went on then to write himself a company cheque for £9,876! The result: a suspended sentence for his troubles!

Mitigating, Shufqat Khan spoke of the problem of gambling addiction that Jamal had. He said, “Almost every penny he was obtaining through this offending was gambled away… This is not a man who has lived a lavish lifestyle. He has had a gambling addiction.”

He may have had a gambling addiction, but the judge hearing the case, Andrew Stubbs QC, didn’t take too kindly to the blatant attempts by Jamal to cover up his follies. At sentencing, he said, “It was quite an ingenious way of covering up theft… You were able to plunder increasingly large sums of money…No sooner than the money was in your account was it out again to the casino.”

That meant Jamal Haider, now 36 years old and a resident of Greenrigg Road, Cumbernauld, Glasgow, would have to spend time in prison and serve his sentence of three years and four months.