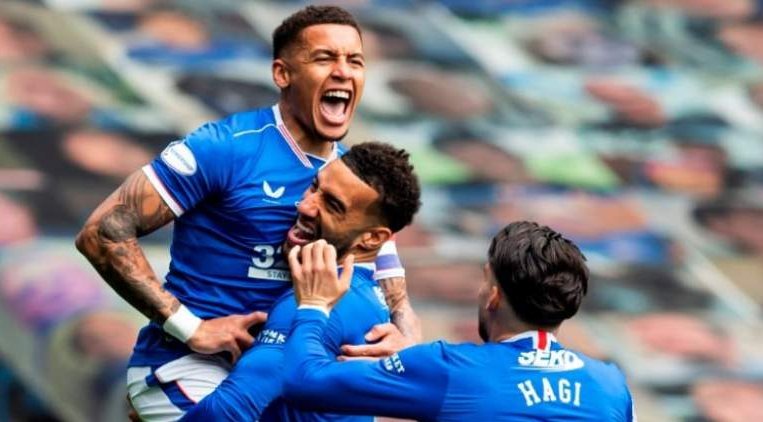 Glasgow Rangers, today, Saturday 15, thrashed Aberdeen at Ibrox to end their Scottish Premiership campaign unbeaten all season, lifting the title for the 55th time in the club’s history.

A massive total of 102 points sees Steven Gerrard‘s Rangers break the mythical 100-point barrier, and they finish an incredible 25 points clear of city rivals, Celtic, who were the last side to go a whole season unbeaten in 2016-17, as well as conceding only 13 goals all season, breaking Celtic’s 107-year-old record by one goal.

Stephen Glass’ Aberdeen side was already settled in fourth spot in the table, and had not even scored a goal in their last four visits to Ibrox, with today being no different as Rangers sealed a 4-0 victory, as reported by bbc.com.

Things could not have started worse for Aberdeen when a cross from James Tavernier struck defender Dons’ Jack MacKenzie and goalkeeper Joe Lewis somehow managed to divert the ball into his own net after five minutes, when it looked to be spinning wide of goal.

Kemar Roofe put the second goal away after 34 minutes, with the unfortunate MacKenzie again involved, as Ryan Kent put a low cross into the Aberdeen box and Roofe’s flick went in off Mackenzie.

SPFL Premiership player of the year Allan McGregor produced a series of fine saves that helped keep Rangers in front, and a third goal came on 60 minutes, again by Kemar Roofe, with Jermain Defoe polishing the game off with a fourth after 88 minutes, as he stroked the ball past a beaten Lewis.