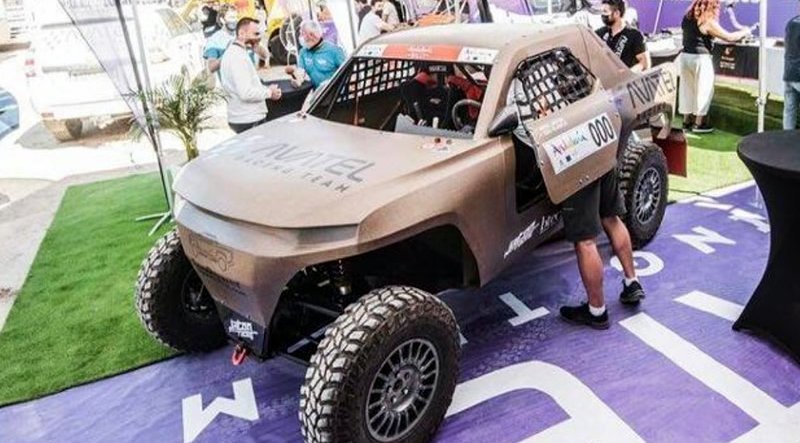 This year’s Rally Andalucía 2021 will feature an historic entry by the Ecopower Automotive team, sponsored by the telecommunications operator Avatel, which will be the first-ever electric SUV to take part in a cross-country competition in Spain and in an FIA test, running as vehicle No00 in the prologue stage of the Andalucían rally held last Wednesday, May 12.

David Castera, The director of the Rally Of Andalucia , was present at the presentation of the vehicle, and said he was “satisfied to see that the teams are bringing the movement of the new energy. The Avatel team brings to Rally Andalucía a very serious project, and a car that has an impressive performance. With these projects, we can together prepare the future of this discipline”.

Ariel Jaton, and Edu Blanco, the car’s developers and managers of Ecopower Automotive are positive that their off-road vehicle “will convince of its capabilities and that electric competition is getting closer every day”, with this latest model being an evolution of their previous one which in 2017 became the first-ever electric car to compete in the world-famous Dakar Rally.

Jaton explained that with this new model, “we have put all the knowledge that we have been adding since 2008, when we created our first electric prototype. It is a car with great power, sufficient autonomy, and great reliability in driving, with Edu Blanco adding that “with the improvements we have made we have made a leap compared to the previous racing car”, as reported by lasprovincias.es.

A spokesman for Avatel said, “The future is in the electric vehicle because if we cannot be sustainable we will continue to harm the planet, which is the only one we have. Supporting Ecopower Automotive also means promoting the future of the Spanish motor industry. We are very excited about this project because it reflects our philosophy, to go where others cannot, in our case with fiber optics and telecommunications in rural areas”.