Starlite Festival In Marbella To Run For Another Ten Years 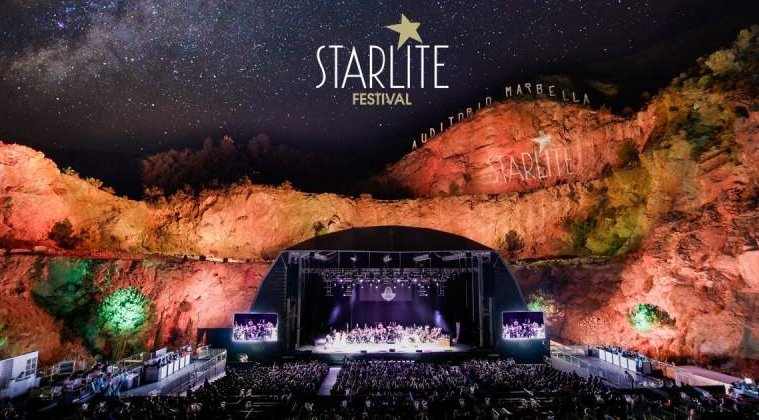 Starlite Festival In Marbella To Run For Another Ten Years. Credit: Twitter @niallmynewangel

The famous Starlite festival, into its tenth year in the Nagüeles Quarry in Marbella, has really placed the Costa del Sol on the music map as far as live music concerts go in Europe, with some of Spain’s, and the world’s biggest international music stars having graced the stage there in those ten years.
Speaking at the Madrid International Tourism Fair (Fitur), Ángeles Muñoz, the mayor of Marbella, praised the Starlite organisers for what they have achieved, and what their hard work has done in promoting Marbella on the global stage, announcing that she wants to grant them another ten years extension in the use of the beautiful venue.
The mayor said, “the effort of its professionals during all these years and especially last season, where they were able to guarantee a safe event”, and for this reason, announced, “we will take a proposal to the Local Government Board of the City Council so that you continue for 10 more years in the Nagüeles Quarry”.
She continued, “It has not been an easy matter, but once we have managed to get the Junta de Andalucía to have given us the ability to concession that environment, better than sharing it with an example of great professionals such as those from Starlite”.
Adding, “Starlite and Marbella began a joint journey ten years ago, with a festival through which the best artists in the world have passed and which has generated a great projection of our city”, mentioning the accolades that the festival has received, such as the City Medal, Event of Municipal Interest or the Marca España seal.
Sandra García San Juan, the founder of Starlite, pointed out that this year’s festival will be the longest in its history, “starting in mid-June and ending in the first week of September”.
The Euro Weekly News is running a campaign to help reunite Brits in Spain with their family and friends by capping the costs of PCR tests for travel. Please help us urge the government to cap costs at http://www.euroweeklynews.com/2021/04/16/ewn-champions-the-rights-of-brits-in-spain-to-see-loved-ones-again/