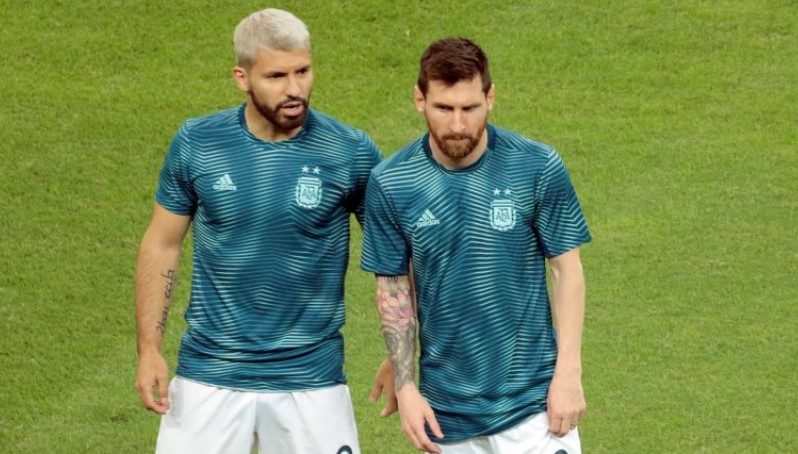 It has been announced today, Saturday, May 22, that Sergio Aguero, the legendary Argentinian striker, has signed a two-year deal with the Catalan giants, Barcelona, to play in the LaLiga Santander, and will join them from Manchester City once his contract expires, which is just after the Champion’s League final in Lisbon.

According to The Guardian, City’s record goal-scorer will undergo a medical at the Camp Nou in the next few days, will also receive a bonus if Barca wins the Champion’s League while he is with them, and that the official announcement won’t happen until after the Lisbon final, which is one week from today.

Aguero – who joined Man City from Atletico Madrid ten years ago – is reported to have turned down offers from three other major football clubs, with his preference being Barcelona, even though their offer was allegedly the lowest of the four clubs, with the 32-year-old said to have been offered £4.4m (€5m) a year, while he was earning a reputed £12m (€13.9m) a year at Manchester City.

It is widely believed that the Argentine football legend’s motive for signing even for less money, is a desire to link up at Barca with his fellow countryman, another football legend, Lionel Messi, whose contract at the Camp Nou officially runs out in June, and he has not yet signed a new deal, say the Daily Mail.

The prolific hitman is struggling with his fitness to be ready for City’s huge game against Chelsea in Lisbon, and there is little hope of him featuring in tomorrow’s final Premiership game of the season, against Everton.

Pep Guardiola, the City coach, said of Aguero, “Being the legend that he is, coming to this country where it is so difficult to score goals and doing what he has done for so many years is incredible”.