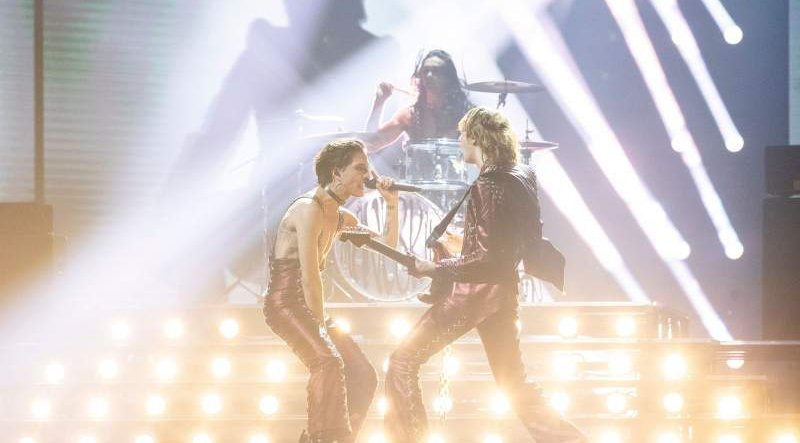 Italy has won the Eurovision 2021 contest, last-minute public votes bought them to victory. They were already one of the favourites to win this year’s competition, Måneskin, the Italian rock band, blew everyone away at rehearsals earlier this week with their song “Zitti e buoni”.

France was another one of the favourites to win the Eurovision Song Contest after Barbara Pravi put on a spellbinding performance. The established singer won over fans with her single Voilà with many declaring she had won the trophy before the contest had even ended, but it wasn’t to be.

This year James Newman represented the UK with the song Embers. In 2019 the UK contestant was Michael Rice with Bigger Than Us, but unfortunately he came in last place and collected no judges or public votes at all. In fact it’s been 24 years since the UK last won Eurovision.

Here are the top 10 from this year’s contest. The UK finished last with 0 points.

Graham Norton appeared to choke up as he welcomed back the Eurovision Song Contest for the 65th competition on Saturday night.

As the host for the UK on BBC One, Graham confessed he was “emotional” as were many of those there as the ceremony kicked off for the first time since 2019.

After last year’s competition was cancelled due to the Covid-19 pandemic, fans were overdue a live show and some funky Europop. This week has already seen the semi-finals come and go – with live performances at the Rotterdam Ahoy convention centre and a 3,500-strong live audience.