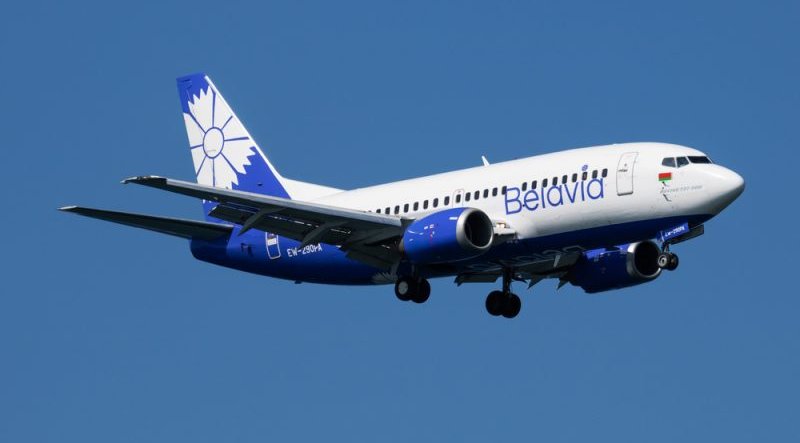 Belarusian airlines will be banned from entering UK airspace, the transport secretary has announced, escalating Britain’s reaction to the forced diversion of a passenger jet to arrest an opposition journalist.

Grant Shapps said: “Following yesterday’s removal of permission for Belavia to operate to and from the UK, I’m now taking further action. With immediate effect, Belarusian airlines will be prevented from entering UK airspace unless specifically authourised.”The latest move comes as the rest of the western world responds with outrage to the forced landing of the Ryanair plane flying from Greece to Lithuania on Sunday.

The European Union agreed on Tuesday to impose sanctions against Belarus, including banning its airlines from using the air space and airports of the 27-nation bloc. Several European national airlines including Air France have also said they will now avoid flying over Belarus.

The EU called the forced grounding of the plane a “hijacking” and demanded the immediate release of the journalist, Roman Protasevich, a key critic of authoritarian Belarusian President Alexander Lukashenko.

A brief video clip of Mr. Protasevich, who ran a popular messaging app that played a key role in helping organise massive protests against Mr. Lukashenko, was shown on Belarusian state television on Monday night, a day after he was removed from the Ryanair flight.

He appears to be under duress and has a bruise on his forehead.

Sitting at a table with his hands folded in front of him and speaking rapidly, he said he was in satisfactory health and said his treatment in custody was “maximally correct and according to law”.

He added that he was giving evidence to investigators about organising mass disturbances.