Katie Price Back In Bankruptcy Court In Bid To Avoid Paying £3.2m Debt 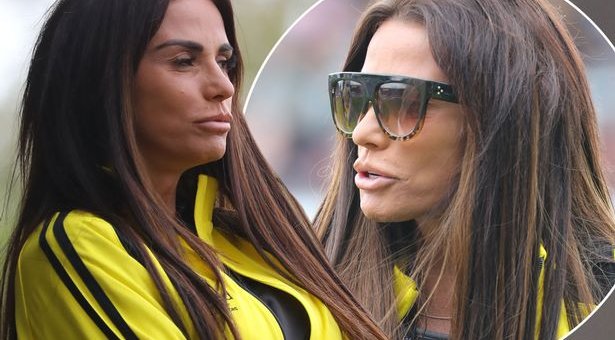 Katie Price Back In Bankruptcy Court In Bid To Avoid Paying £3.2m In Debts Owed.

BANKRUPT Katie Price has to make an appearance in court next month in a bid to get out of paying off her £3.2 (€3.70) million debt mountain.

After being declared bankrupt in November 2019, the former glamour model was supposed to pay off £12,000 – €13,867 a month to her creditors after taking out an individual voluntary arrangement (IVA) – but after agreeing to, failed to do so.

Officials will now next month look over her attempts to pay back her massive debts to creditors two years after she went bust.

She saw her once-lucrative £45 – (€52) million media empire fall apart after the downfall of her third marriage to Kieran Hayler and the collapse of her businesses.

The reality star, 43, managed to avoid bankruptcy back in early August 2019 but was only given 12 weeks to stave off financial ruin. Her bankruptcy was then extended in November 2020, giving her extra time to earn back the money she owes.

Katie is now under pressure to pay off the £3.2- (€3.70) million debt after a failure to attend meetings and address paying back the losses. A source told The Sun: “Katie is due back next month – the debt is huge and it’s unlikely she’ll be able to pay it all back.

“She hopes the court is understanding in why it’s been slow progress.”

Katie Price has blasted the Covid checks at Heathrow Airport after returning from a holiday to Portugal. Katie, with her fiancé Carl Woods, jetted off the moment that the lockdown restrictions were relaxed earlier this month.

The couple flew into Faro after Portugal was put on the government green travel list, which means that travellers do not have to quarantine once they return.

However, everyone who arrives in the UK from a green list country is expected to show a negative test and then do a PCR test two days after returning.