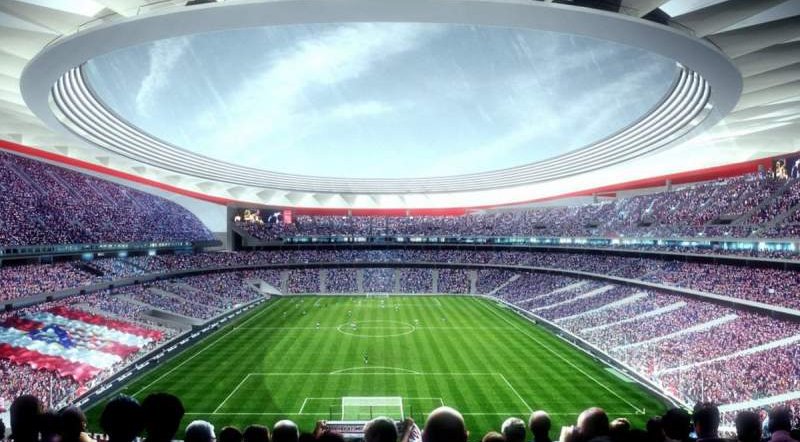 Almost 23,000 People Will Be Allowed Into The Spain – Portugal Match At The Wanda Metropolitano Stadium In Madrid On June 4.

Around 20,000 spectators will be allowed to attend Spain’s friendly with Portugal in Madrid on June 4 which will be the first professional game to be held in the Spanish capital with a live audience for more than a year.

After reviewing the action plan submitted by the Royal Spanish Football Federation, the General Directorate of Public Health reported favourably on the proposed measures, allowing the attendance of up to 22,590 fans.

Atletico Madrid’s Wanda Metropolitano stadium will be allowed to seat about 30% of it’s capacity for the game due to COVID-19 restrictions- it’s full capacity is 67,000.

The fixture with European Championship holders Portugal is the first of two friendlies Spain will play in the run-up to the rescheduled Euro 2020. They will host Lithuania on June 8 at the Estadio Butarque, also in Madrid.

They will play all three of their Group E games at Seville’s La Cartuja Stadium, which will also be at 30% capacity.

Sevilla gained hosting rights in April after Bilbao was removed from UEFA’s list of host cities because it could not guarantee the accommodation of supporters for the tournament, which was postponed from last year due to the pandemic.

Spain coach Luis Enrique named his squad for the tournament on Monday, leaving out the captain and all-time appearance maker Sergio Ramos.