Trent Alexander Arnold Ruled Out Of Euro 2020 With Injury 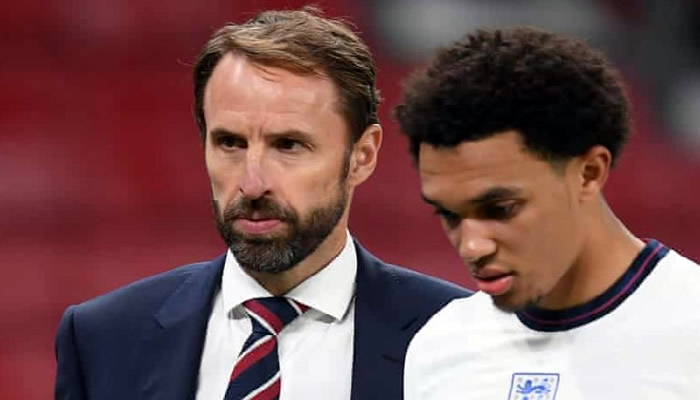 Trent Alexander-Arnold, one of England’s brightest young hopes, limped off the pitch towards the end of the friendly against Austria on Wednesday evening (June 2), and has today, after undergoing medical tests, has been confirmed to have suffered a grade two tear of the quad and, as a result, will miss the Euro 2020 tournament.

The right-back is expected to be out of action for up to six weeks, and it was pretty obvious that something serious had happened when the 22-year-old signalled to the bench in the 86th minute of the match, after clearing a ball then going to the ground clutching the back of his leg, letting England manager Gareth Southgate know that he would need to be replaced.

There had been a lot of speculation surrounding the young Liverpool star, as to whether Southgate would actually include him in the squad, when he already has three established right-backs, but the England manager let it be known this week that he had spoken with the player several weeks ago to assure him of his place in the full squad.

Southgate will now be allowed to replace Alexander-Arnold, and it is likely that one of Ben Godfrey, Jesse Lingard, Ben White, James Ward-Prowse, or Ollie Watkins could get the call, being the five who missed the original cut from the 26-man squad.

England’s first game in Euro 2020 is on June 13 against Croatia, but they face a final warm-up match with Romania on Sunday 6, where Southgate will be hoping that no more players get injured before the tournament begins, already having injury doubts over some of the included players.