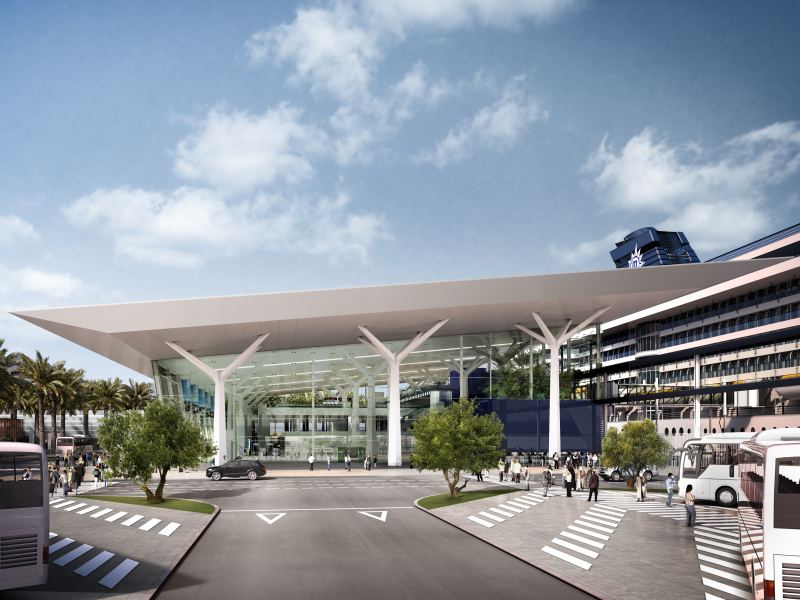 MSC Cruises' plans for a new terminal in Barcelona have been approved. Image: MSC Cruises

MSC Cruises has obtained final approval by the Port of Barcelona’s Board of Directors to build and operate an exclusive cruise terminal.

THE multi-year concession will see the construction of an innovative terminal of 11,670 square metres that MSC Cruises will operate and manage for a 31-year period. The project is estimated to represent a €33 million investment by MSC Cruises. With construction work set to start shortly, the new terminal is expected to enter service in 2024.

Pierfrancesco Vago, MSC Cruises’ Executive Chairman, said, “We are particularly pleased with the award of this multi-year new terminal concession. Barcelona is not only an important home port for the cruises division, but also for the entire Group and its shipping business. As such, the new terminal is a further proof of MSC Group’s longstanding commitment to the city of Barcelona and the entire Catalonia region.

“I am also honoured that for this project we will able to partner with the impressive Ricardo Bofill and his firm. Together, we will build a state-of-the-art new terminal that is bound to become another landmark for the beautiful city of Barcelona.

The project will allow MSC Cruises to consolidate its presence in Barcelona, which is one of the brand’s most important ports in the western Mediterranean, and to expand its home porting operations out of the city. This will result in added direct and indirect economic benefit for the city and region as more international guests will transit through Barcelona, likely spending additional days in the city either before or after their cruise, MSC said in a statement.

The new terminal, which will feature shore power facilities and be ready for LNG bunkering operations, will also allow MSC Cruises to deploy more next-generation, environmentally friendly ships in Barcelona, including MSC World Europa, the brand’s first LNG-powered cruise ship, which is currently under construction and due to enter service in 2022.