Marbella: an all-time favourite with royalty and celebrities alike 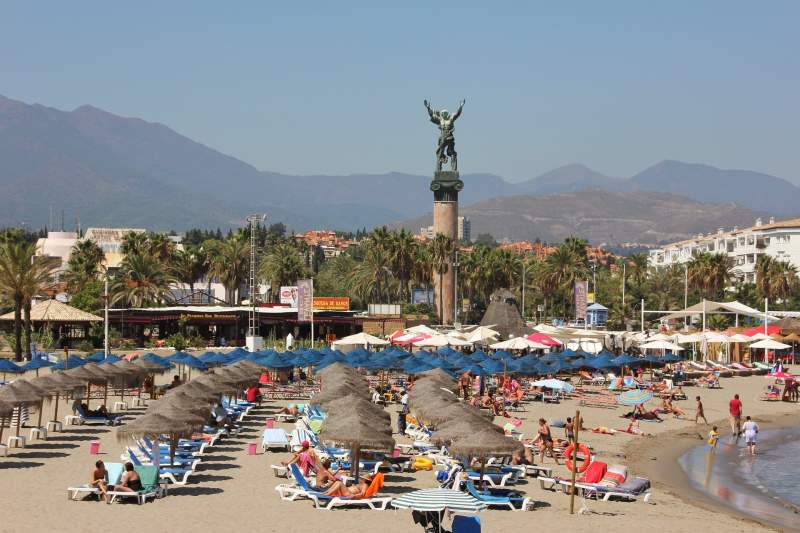 WHEN its popularity began to rise amongst celebrities of all kinds, Marbella also became a favourite destination amongst the Arab royalty.

Until his death, King Fahd of Saudi Arabia spent time every summer in Marbella with a following of thousands of people at his palace, complete with its own mosque, helipad, hospital and nine small palaces surrounding the main building. In 1999 alone, he reportedly spent more than €90 million in Marbella and year after year, there were reports of local businesses running out of stock just so they could provide for the palace, entire department stores being closed so he and his family could do their shopping, his entourage filling five-star hotels, and salaries of up to €3,000 for the most menial of temporary jobs working to prepare for their stay.

Keeping it in the family

Also on the famous Golden Mile is the Al-Riya palace, belonging to Salman Ibn Abdelaziz, the current monarch of Saudi Arabia since 2015 and King Fahd’s half-brother. He is also known for closing down and emptying the boutiques of Puerto Banus without even stopping to look at a single price ticket. His yacht was often spotted in the marina and he too was a fan of expensive cars which were to be seen zooming through the city streets.

Sheikh Abdullah Al-Thani, the nephew of the Emir of Qatar and owner of Malaga Football Club, has also chosen the city and surrounding area to invest large sums of money, although many of the projects he had planned have not been given the go-ahead.

This attraction is nothing new, one of the richest men in the world in the 1980s, Dodi Al-Fayed’s arms dealer uncle Adnan Khashoggi also had a mansion in Marbella called Baraka, one of the largest estates in the area, bought off Cristina Onassis, and his yacht Nabila was to be found in Puerto Banus every summer. At the mansion, he and his wife hosted lavish parties with stars of films and music as well as politicians from far and wide. He was said to spend €1 million per week in Marbella in his heyday.

Another rich and famous Arab with ties to Marbella and a friend of Khashoggi was Saudi businessman Mohamed Ashmawy, who has a Boulevard named after him in the city and had a home on the Golden Mile.  He was a big fan of luxury vehicles and gave more than just a few to his friends in Marbella.

Marbella has been a popular destination for celebrities to spend their holidays for decades, and since the 60s saw many famous faces at its luxury parties.

The Costa del Sol emerged as a tourist destination in the sixties, and in 1965, Senator Edward Kennedy visited Marbella with his wife upon the invite of Prince Alfonso of Hohenlohe.

That same year, Brigitte Bardot and Ava Gardner also visited the Costa del Sol and they have been followed since by a wide variety of actors, singers, artists, sports personalities, Royals and dignitaries, including former US Presidents Jimmy Carter or George Bush, the Clintons, Jacqueline Kennedy and more recently, Michelle Obama and her daughter Sasha.

Antonio Banderas and Julio Iglesias are just two of the many celebrities who chose to reside in Marbella.

Many famous faces have been seen visiting Marbella over the past 50 years and more, and more than just a few of them have fallen in love with the area and ended up settling here.

Sean Connery was one of them, with the controversial Villa Malibu, built right on the sea front.

Vladimir Putin also decided to buy himself a ‘modest’ mansion as a second home in La Zagaleta in 2012, which reportedly put him back just €15 million.

Prince fell in love with Marbella after a concert and bought himself a mansion worth more than €5 million in Paraiso Hills.

Cristiano Ronaldo spends a considerable amount of time on the Costa del Sol and has businesses in Marbella as well as a home in Estepona.

To find out more about Marbella we suggest you read this article on the fun facts of the city.