The attitudes and actions of the police have had to change 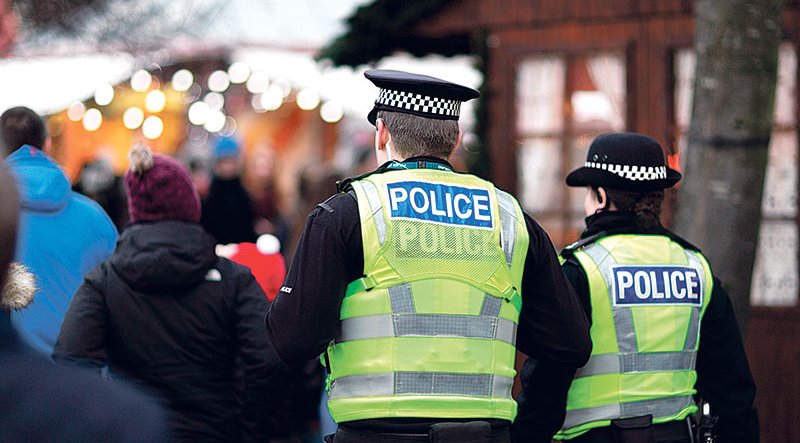 Days of our friendly boys in blue have long gone.

WELL of course the attitudes and actions of the police have changed, what do people expect?

Over the last couple of decades the protectors of law and order have simply had no choice. The standards of respect and lawful compliance from certain sections of the public have now sunk to such alarming ‘pit’ levels that it has almost literally become a case of adapt or die. The days of your friendly boys in blue have long gone.

In that far off era the very worst the beat copper could expect would be to have their tall hat knocked off by a tipsy late night reveller. All he required to keep the peace was his (seldom used) truncheon, a whistle and an intermittently placed phone kiosk to inform his local station that ‘all was quiet.’ He certainly didn’t expect to be spat on, attacked and possibly killed as he went about his nightly police vigil.

The problem with today’s youngsters is they have never experienced this long past amicable form of relationship with the police. Today’s youth have sadly never known what it is like to safely walk home after the last bus has gone, using any route you chose without worrying you may inadvertently broach on someone else’s  ‘territory’ and get beaten or killed for ‘showing disrespect’!

No wonder the police now waddle about in knife-proof vests, laden down with Tasers, expandable night sticks, pepper sprays, body ‘cams’ and  firearms. It is simply not their fault.

To combat today’s very real threat of a violent lawless anarchy, they have to weigh up the risks and act accordingly. They are reacting, not instigating and those among us who are law abiding and peace seeking should give them all the encouragement we can.

Writing these observations did however remind me of a funny story relating to a, sadly departed father-in- law of mine. Pat was the only policeman in a small Tipperary village in Ireland. In his whole 40-year career, he only arrested one person. The perp’s ‘crime’? Peeing in the large open grate of the local pub!

I also understand that after he was arrested, Policeman Pat wheeled him home in a wheelbarrow! Now that was what proper policing was all about.

Well folks, they final admitted it. After years of excuses, including the citing of purely imaginary fires in the archive department, the BBC have finally come clean and admitted that, to save money, they actually recorded over practically all the iconic Top of The Pops tapes prior to 1969.

This means that as Little Arrows was released in 1968, I have now become a victim of the official ‘Lost BBC Tapes.’ So, not only did I lose a fortune by coming second to Hey Jude – the Beatles’ biggest number one seller of all time, but all my TOTP appearances have gone up in smoke. And you thought your timing was bad!?

Can you imagine the ‘entitled’ youth of today laying down their young lives for what they now take utterly for granted? June 6 D-day. Normandy 1944. Never forget. For your tomorrow they gave their today.