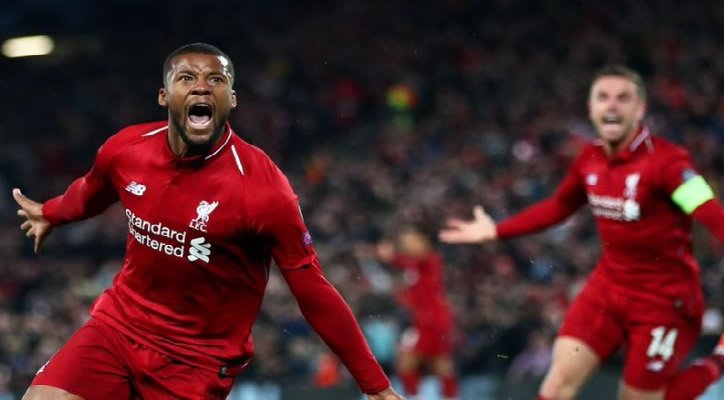 GEORGINIO WIJNALDUM Leaves Liverpool And Signs For PSG In France

Georginio Wijnaldum has decided not to sign an extension to his contract with Liverpool and has instead opted for a move to Paris Saint-Germain, with whom he has reportedly signed a three-year deal after leaving Anfield on a free transfer.

The Dutch midfielder had left Liverpool at the end of the season, and there was speculation he might go to Barcelona, or Bayern Munich, but the 30-year-old has chosen to play in Ligue 1, under Mauricio Pochettino, at Parc des Princes in Paris.

Wijnaldum, who will captain his country at the Euros, which starts tomorrow, Friday 11, said of his move, “Joining Paris Saint-Germain is a new challenge for me. I join one of the best teams in Europe and I am determined to bring my desire and my determination to this ambitious project. Paris Saint-Germain has proved its status in recent years, and I am certain that together, for our supporters, we can go even further and higher”.

Having joined the Reds from Newcastle United in 2016,  Wijnaldum has made an incredible 237 appearances in all competitions, winning the Champions League, and the Premiership during his time at the club, and told Sky News after his final match, “I’m fighting against my tears right now. I’ve said that the people in Liverpool and the club, my teammates, have shown me love during the five years, and I will miss them”.

Adding, “I hoped to play many more years for the club but unfortunately things went different”.

Liverpool FC confirmed his exit, saying, “Premier League winner. Champions League winner. FIFA Club World Cup winner. UEFA Super Cup winner. Liverpool legend. We thank Gini for all of his contributions to the club during the past five years and wish him the best of luck in the rest of his career”.

Jurgen Klopp praised the player, saying on the club’s website, “I will miss the player he is like crazy – highest-quality ability, one of the smartest players I have ever had the privilege to coach. His contribution was off the scale, a manager’s dream”.