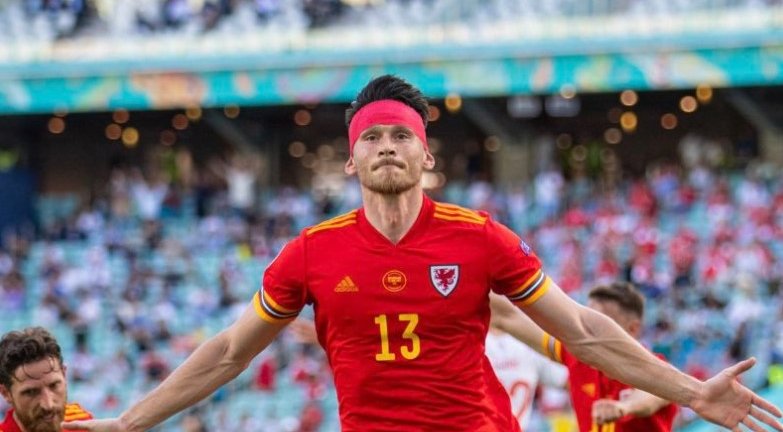 EURO 2020: Wales Salvage A Draw With Switzerland In Baku

In the second match of Euro 2020 in Group A – after last night’s match where the other two teams in the group played, ending in a win for Italy over Turkey – Wales were up against Switzerland, in the scorching heat inside the Baku National Stadium, Azerbaijan, today, Saturday 12, cheered on by 500 loyal fans who made the seven-hour journey.

In a first half dominated by the Swiss, Wales were unlucky not to take the lead when a brilliant header from Cardiff City‘s Kieffer Moore – who surely thought his effort was going in the net –  brought a stunning save from Borussia Mönchengladbach goalkeeper Yann Sommer, and despite mounting pressure from the Swiss, the Welsh defence held strong.

It did seem only a matter of time before the Swiss would take advantage of the huge number of set pieces they won, and sure enough, on 49 minutes, their man-of-the-match Breel Embolo beat the Welsh defenders to power home a magnificent header from former Liverpool man, Xherdan Shaqiri‘s corner.

Shortly after the restart, the Swiss took advantage of their numerous set-pieces as Breel Embolo nodded home from Xherdan Shaqiri’s corner, to put them in front, deservedly so, which gave Wales the impetus to try and make something of the match, but it took until the 74th minute, for a goal that was well worth watching, Joe Morrell’s cross being powered beautifully past Sommer by an unmarked Moore to level the scores.

A tense finish saw Wales defending admirably, but nervously, and there was real drama when Mario Gavranovic – who had only entered the pitch seconds earlier as a sub – saw his late goal cancelled out by VAR for offside.

Next up for Wales is a match with Turkey on Wednesday, where Rob Page will need to motivate his players to get that vital win, with their final Group A being in Rome, against an Italian team that demolished the Turks in the opening match of this tournament.