Sanlúcar Horse Races To Go Ahead In August 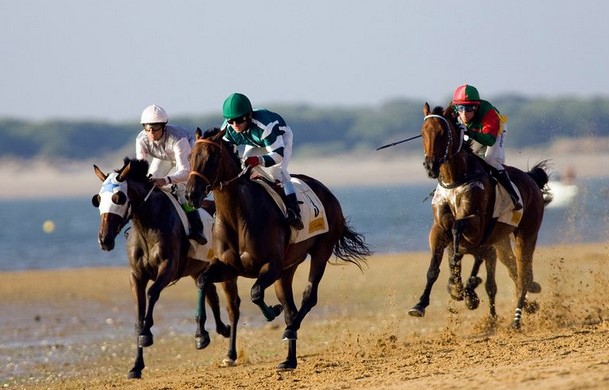 Sanlúcar Horse Races Are Scheduled To Go Ahead In August

The Sanlúcar de Barrameda Horse Racing is one of the most important sporting and social events of the Cadiz summer calendar, and this week, the Sanlúcar Town Hall and the Royal Horse Racing Society have both agreed to allow the prestigious horse race to take place once again in August, although the final permission will depend on a report from the Ministry of Health regarding the pandemic situation at the time.

This famous annual event where horses race on the beaches of Sanlúcar de Barrameda at the mouth of the Guadalquivir River – the old Betis – are the oldest in the national Turf and have been going since 1845, with the only breaks being during wars, and last year – which would have been the 175th celebration – because of the pandemic, according to lavozdigital.es.

In a meeting held yesterday, Friday 11, in the Consistory, chaired by the mayor, Víctor Mora, in the presence of Javier Porrúa, with the Tourism minister, and Rafael Hidalgo, the president from the Racing Society, along with representatives of the security forces, the decision was made to allow the races to take place, but not the traditional festival that accompanies it.

Dates were scheduled for the event, split into two scheduled cycles, on August 3, 6, 18, 19 and 20, with tents to be erected in the Las Piletas arrival area for the race sponsors, plus tents for the commissioners and judges, along with changing rooms for the jockeys, with other areas being set up to accommodate the health staff and organisers of the event.

Work is due to begin now on the assembly of the facilities, with the different municipal areas and the security forces coordinating everything between each other, and reportedly, another meeting will take place in mid-July with the local Security Board to assess the health situation at that time.