Operation Summer 2021 Has Been Activated 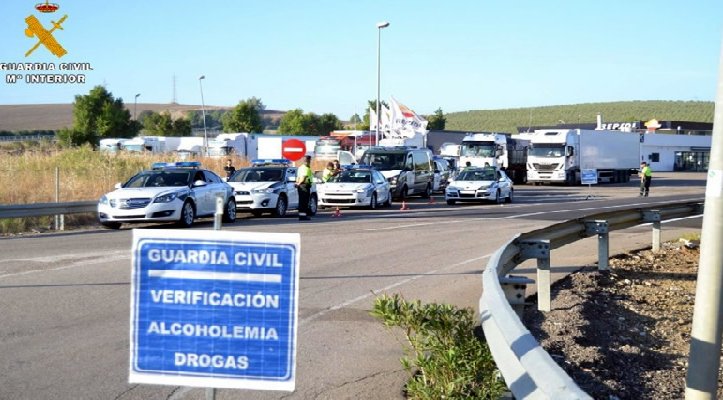 A guide to what a drugs check by a Guardia Civil traffic cop entails. image: guardia civil

Rafael Pérez, the Secretary of State for Security of the Ministry of the Interior has activated Operation Summer 2021, a plan that will reinforce the numbers of National Police and Guardia Civil in the nine autonomous communities of Spain that receive the greatest influx of visitors: Andalucia, Asturias, the Canary Islands, Cantabria, Comunidad Valenciana, Galicia, the Balearic Islands, Madrid, and Murcia.

Mr Pérez announced that Operation Summer 2021 will run from July 1 until August 31, 2021, except in the case of the Balearic Islands, where the plan will last until September 30, 2021.

During this period, the National Police will be reinforced with an extra 2,222 officers, while the Guardia Civil reinforcement will be another 1,599 troops.

Specifically, in Andalucia, the National Police will get an extra 631 officers, added to the current total of Citizen Security staff of 5,511, which will mean a total of 6,142, while the Guardia Civil will be strengthened with an extra 512 officers, joining the existing 4,989 currently policing Andalucia, meaning that between both forces there will be an extra 1,143 officers patrolling throughout Andalucia.

Aimed at reducing the risks associated with common crime, and to increase citizen security in these areas of high tourist interest, Operation Summer 2021 allows increased surveillance and preventive control in urban and interurban communication routes, stations, ports, airports. , hotels, beaches, and campsites, as well as on the occasion of any event that involves a large concentration of people.

One of the priority objectives of Operation Summer 2021 is to reinforce prevention against certain criminal offenses against property, such as theft inside homes, as well as offering extreme prevention against online scams, one of the crimes that produce the most complaints during the holiday months as a result of the increase of the use of the internet to reserve accommodation and travel packages during Summer months.

Operation Summer in Spain aims to provide protection and security in general to all activities related to tourism, as well as to all national and foreign citizens who come or move through the national territory to enjoy their summer vacation period, as reported by lavozdecordoba.es.