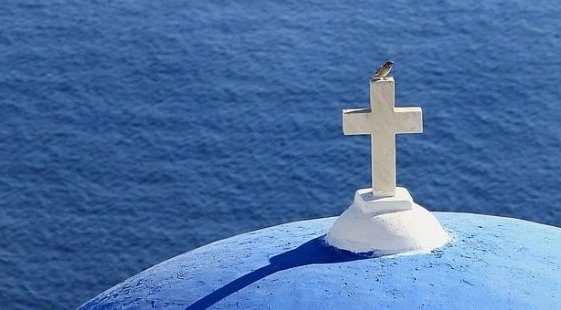 The husband of Caroline Crouch has confessed to her murder.

A Greek pilot has confessed to killing his English wife after initially claiming she had been murdered in front of their child by robbers.

Babis Anagnostopoulos, 32, has confessed to killing his wife Caroline Crouch. Caroline, 20, was killed in front of her baby at their home northeast of Athens on May 11.

Greek Police said biometric data from her smartwatch from the night did not match Anagnostopoulos’s claims that the family had been robbed by three intruders.

Caroline was found dead next to her 11-month-old baby girl. Anagnostopoulos now admits he killed her after she threatened to leave him. Anagnostopoulos was picked up by police for questioning on June 17 and within hours had confessed to the murder.

Initially Anagnostopoulos told police he had been tied up while burglars set out to find his wife who was asleep upstairs. The family dog was also killed.

The burglars were thought to have fled the scene of the crime with around €15,000 in cash. They were also believed to have taken other valuables from the property and a €30,000 reward was offered by Greek police for any information about them.

Police worked with CCTV footage of the area in the hopes of finding evidence that would help them locate the men involved in the burglary and forensics teams searched the family home.

But no trace of the alleged gang was found.

Anagnostopoulos was taken by police helicopter to Athens on June 18 from the island of Alonissos where he was attending a memorial service for his wife after his story unravelled thanks to biometric data on Caroline’s smart watch.